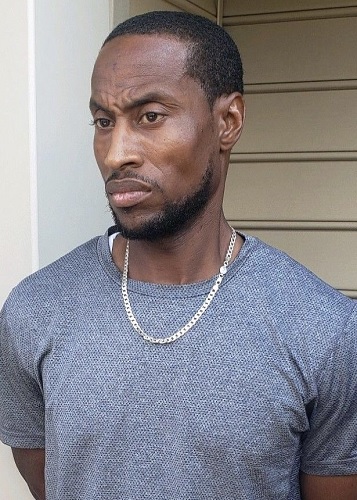 The suspect who allegedly attacked and robbed a woman outside a Cool Springs business Tuesday (5/28/2019) morning is behind bars. 37-year old Lannoris O'Brien Chambers of Murfreesboro, was arrested in Rutherford County several hours later after detectives in Murfreesboro and Franklin identified him as a suspect.

Franklin Police report that the incident took place around 10:30 Tuesday morning in the parking lot at Cool Springs. The woman told authorities that she was gathering belongings from her car, when the male confronted, punched and slapped her--then fled with her purse.

Officers in Franklin report that the suspect then used her stolen credit cards for purchases at nearby stores.

Murfreesboro Police booked Chambers into the Rutherford County Jail on recent robbery and fraudulent credit card use cases in their city.

Chambers will eventually be transferred to Franklin Police custody to face charges related to the robbery and assault he committed this morning in Franklin.

Chambers is a convicted felon with a lengthy and violent criminal history.

PUBLIC NOTICE: All suspects and subjects of postings are presumed innocent until proven guilty in a court of law or administrative action, and any and all crimes are alleged until a court or regulatory agency finds otherwise.