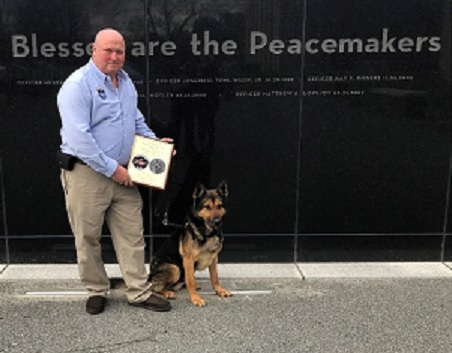 Officer Gregg Brown retired from the Murfreesboro Police Department (MPD) on January 31, 2019, after dedicating nearly 17 years of service to the department. His K-9 partner, Juice, will also retired with him after serving eight years with MPD.

Murfreesboro Police Chief Michael Bowen said, "We wish Gregg the best in his retirement and are thankful for the service he and Juice provided to our department and the community. The positive impact Officer Brown has had on other people's lives is immeasurable and does not go unrecognized."

Brown begin his employment with the department on September 23, 2002, as a patrolman. He was selected to be a Field Training Officer in 2007 and became a K-9 Officer in 2008. In December 2014, he received a Bachelor of Science degree in Criminal Justice from Middle Tennessee State University.