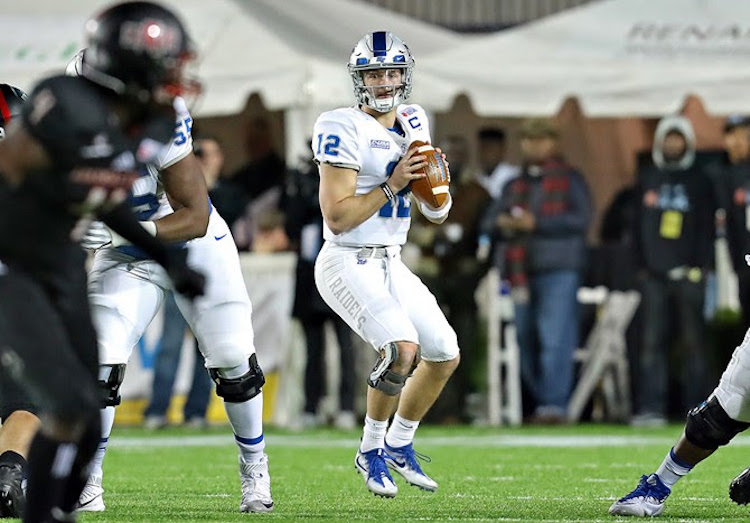 The Davey O'Brien Foundation unveiled the 2018 Davey O'Brien National Quarterback Award Watch List, a group that includes 26 of the nation's top college quarterbacks and Middle Tennessee's Brent Stockstill is among the elite for the third straight year. On Monday, Stockstill was also named to the Maxwell Award Watch list.

Stockstill missed six games last season due to an injury but came back to lead the Blue Raiders to a win over favored Arkansas State in the Camellia Bowl.

Compiled by a subset of the Davey O'Brien National Selection Committee, this year's list was selected based on player performance during the previous year and expectations heading into the 2018 college football season. All nominees are required to have previously started at least one game at their current institution.

Thirteen seniors, 12 juniors and one sophomore comprise the list. Among leagues, the SEC led the way for the second straight season with a half-dozen selections. Six other conferences had multiple players named.

Appearing on the Watch List is not a requirement for a player to win the Davey O'Brien National Quarterback Award. Quarterbacks from all 130 NCAA Division I Football Bowl Subdivision (FBS) schools are eligible for the award.

Sixteen semifinalists for the award will be named on Tuesday, Nov. 6. From that list, the Foundation and the Selection Committee will announce the three finalists on Monday, Nov. 19. The 2018 Davey O'Brien Award winner will be announced live Thursday, Dec. 6 on The Home Depot College Football Awards.

The 2018 season marks the 12th year that fans will be invited to participate in the voting process on VoteOBrien.org. Results from the Davey O'Brien Fan Vote will be combined with the ballots from the Selection Committee. Fan voting, which accounts for five percent of the total balloting, will begin on Tuesday, Sept. 4.