MTSU Announces Saturday Cancellations on their campus due to Murfreesboro rally 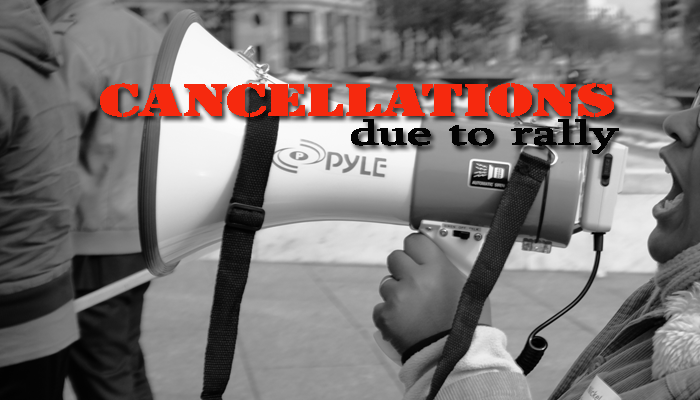 More cancellations are being reported as a result of a rally to take place on the Murfreesboro square this Saturday at 1:00 in the afternoon.

MTSU has cancelled Saturday's Contest of Champions band competition and have postponed the Expanding Your Horizons science event due to the protests.

MTSU has not received any information about protest related events on the university campus. At this point, the rallies are only expected to be in the Murfreesboro square area. MTSU cancelled their events to alleviate traffic concerns around the campus as outside groups drive into the downtown Murfreesboro area on Saturday.