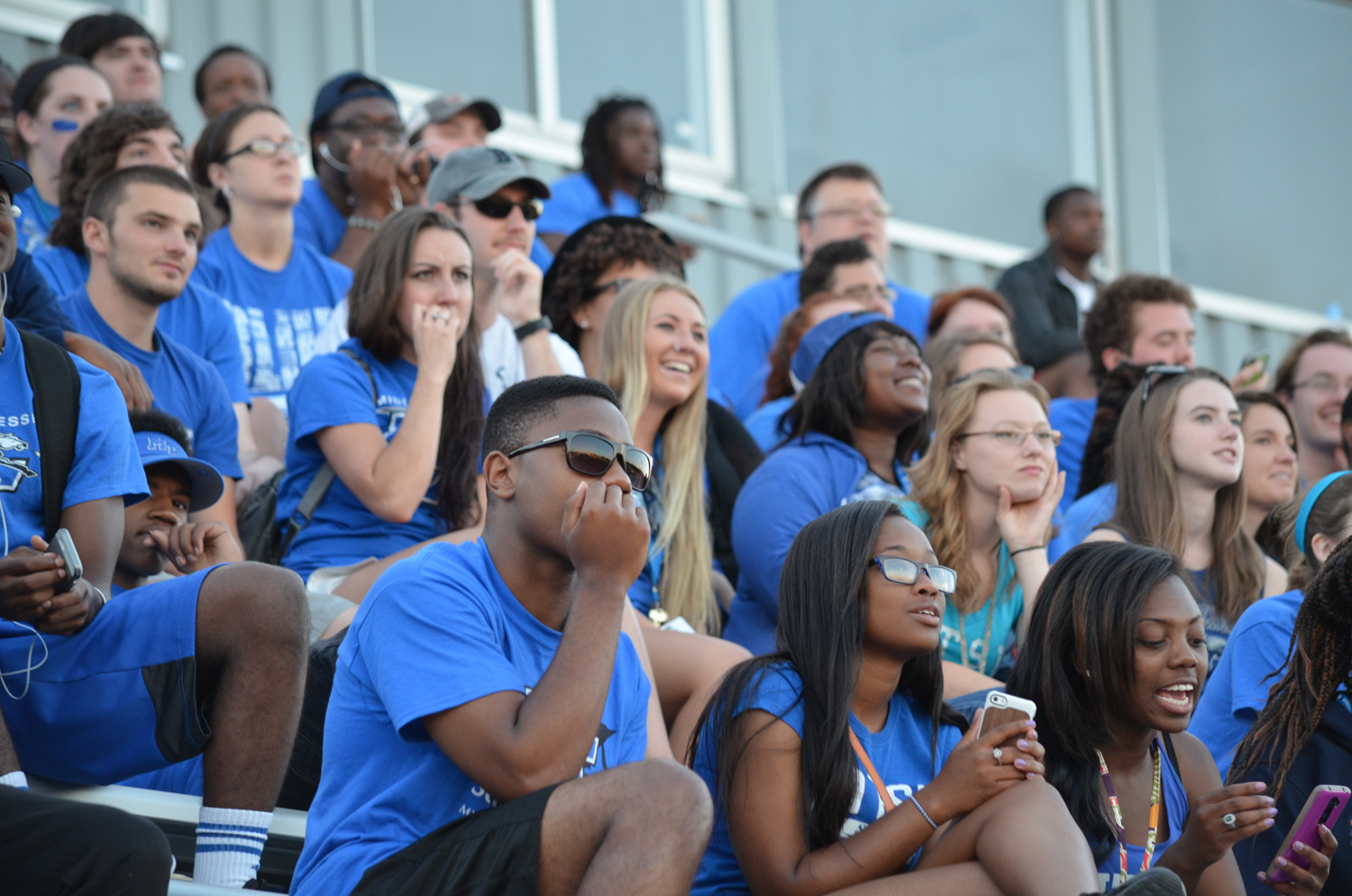 Members of the MTSU Scholars Academy are shown walking across campus in this summer 2015 file photo. The Office of Student Success is currently recruiting for the 2016 Freshman Summer Institute, set for Aug. 5-18. (MTSU photo)

As part of the ongoing Quest for Student Success initiative, MTSU continues to enhance its efforts in the recruitment, retention and graduation of minority students through a variety of innovative and retooled programs.

Among such programs is the Scholars Academy, a bridge program started in 2006 to serve first-generation, minority and Pell Grant-eligible incoming freshmen who are typically considered at-risk academically. Students attend a two-week, early-arrival Freshman Summer Institute on campus where they are tutored, mentored and coached about the college experience.

Academy students have outperformed other freshmen in retention in every year, noted Vincent Windrow, assistant vice provost for student success and a leading proponent of minority student success efforts.

About 90 percent of Academy participants are African-American, and university data on student persistence shows the value of the program for participants, he said. For example, the one-year retention rate of academy students is 84.9 percent, which exceeds the 73.8 percent rate for all other freshmen.

"Our data folks provide us the information on our students' progress that reveals the best opportunities for the university to direct attention and resources toward," said Windrow. "It is very gratifying to be able to help students pursue and attain their academic goals."

MTSU President Sidney A. McPhee has made campus diversity a priority during his administration, the result being a 33 percent minority student population as of fall 2015, with African-American students making up 20 percent. That compares to a state minority population of 21 percent (17 percent African-American).

McPhee identified the Scholars Academy as a priority in the Quest for Student Success, a series of reforms launched in 2013 to improve retention and graduation rates for all students. The Academy was given more resources and challenged to double its enrollment by the 2014 fall semester. The academy more than quadrupled this goal, going from 32 students in fall 2013 to 168 students in fall 2015.

"The beauty of our Quest for Student Success is that it draws the circle wide enough to include the retention of all students, including veterans, international students, disabled and minority students," said Dr. Rick Sluder, vice provost for student success.

Another program in the works is the "Eyes on 80" initiative, an effort to boost black female student retention to above 80 percent, a goal that, if achieved, would represent a first for any student sub-population on campus and would match the university's goal for the overall student body.

Windrow is initially seeking to partner with the Office of Fraternity and Sorority Life and two sororities to identify and connect with female students at risk of not continuing their education. If successful, the "Eyes on 80" program would be extended to other Greek and student organizations.

Other ongoing efforts to support minority students include workshops throughout each semester on strategies for success, engagement opportunities and general encouragement; the REBOUND program, which supports black students who fail to achieve a 2.0 grade-point average or above their first semester here at MTSU; and plans to revive a special University 1010 class in fall 2016 geared toward black male students.

The Office of Student Success is currently recruiting for the 2016 Freshman Summer Institute, set for Aug. 5-18. For registration details, visit http://www.mtsu.edu/studentsuccess/scholars-academy.php.