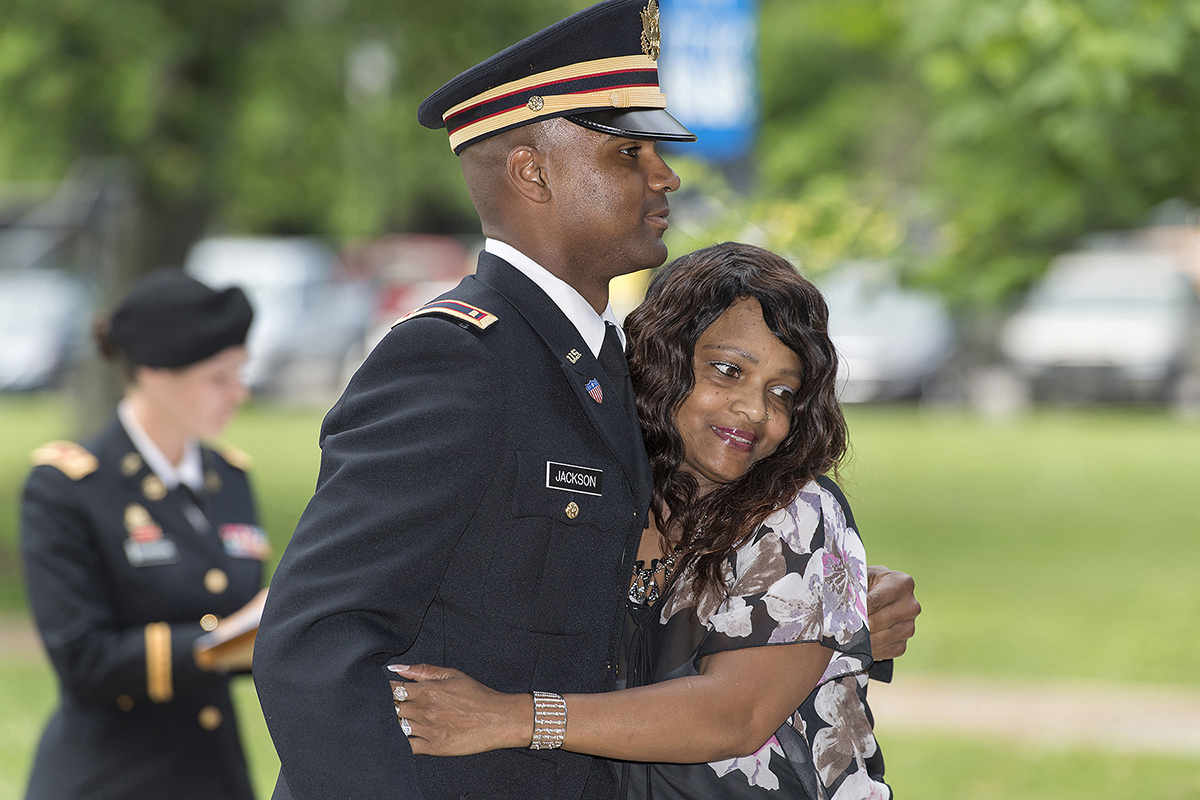 Nine recent MTSU graduates were commissioned as U.S. Army second lieutenants in Murfreesboro earlier this month (May 11) during a formal ceremony at the Veterans Memorial outside the Tom H. Jackson Building on the MTSU Campus. Three of the nine are Rutherford County residents.

U.S. Army Col. Thomas W. Von Weisenstein, Chief of the Joint Staff with the Tennessee National Guard, provided remarks, welcoming them into the next phase of their military careers.

The ceremony is a tradition for the program, which has seen them prepare for service to their country.

Those commissioned as second lieutenants included:

The event marked the final formal ceremony for Lt. Col. Jackie McDowell, who has received a change of assignment to Fort Knox, Kentucky, later this year. He is the chair in the MTSU Department of Military Science.

Maj. Carrick McCarthy will be replacing McDowell. He comes to MTSU in August.

MTSU has more than 240 combined undergraduate and graduate programs. Military science is one of 11 College of Basic and Applied Sciences departments.

To view video from the event, visit https://youtu.be/agABKgqIWxk.