'MTSU Day on the Hill' carries message to state Capitol 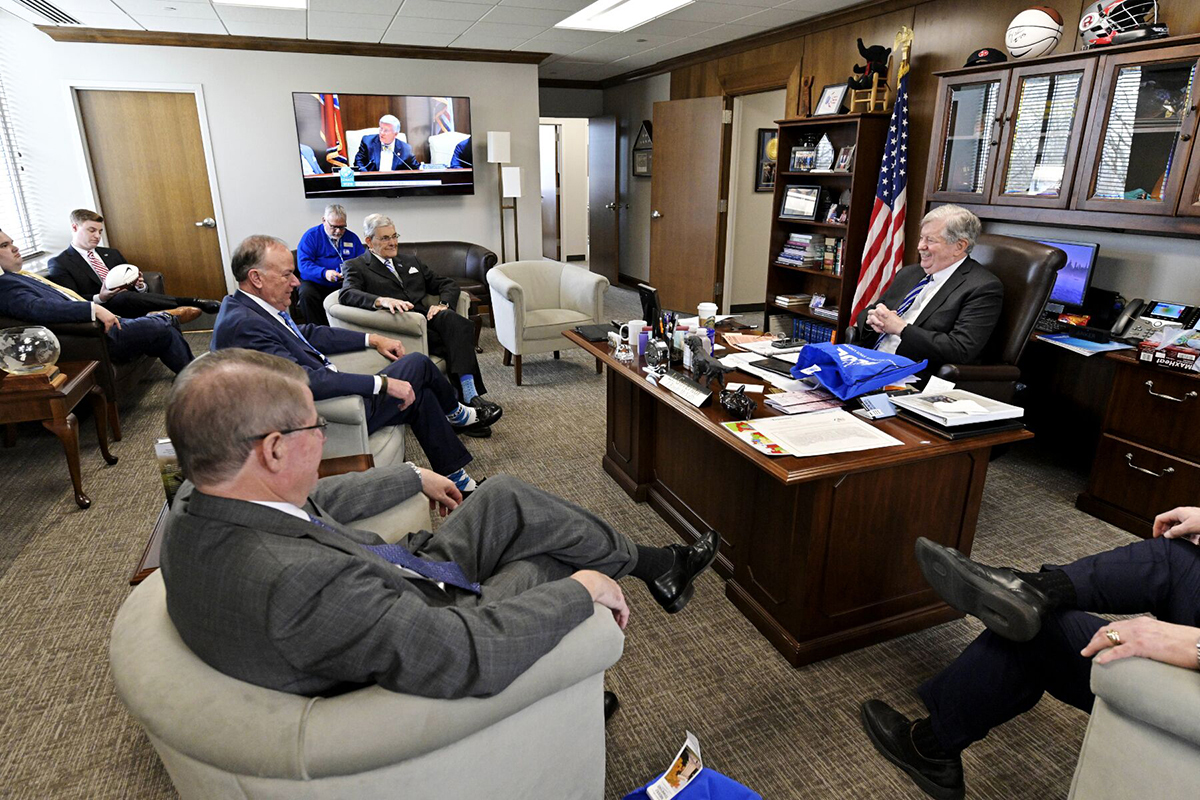 Led by Board Chairman Steve Smith and Trustee Pete Delay, delegation of faculty and staff members fanned out across the Cordell Hull Building to brief legislators about the university's priorities, including a $40-million, 54,000-square-foot building for the School of Concrete and Construction Management proposed in Gov. Bill Lee's budget.

The group also joined an annual lunch and recognition event sponsored by Nissan North America for MTSU students serving as interns in various legislative offices. The intern program is administered by the College of Liberal Arts.

Also Tuesday, MTSU School of Agriculture joined other universities and groups for Ag Day on the Hill, an event held outside the Cordell Hull Building that celebrated the industry's heritage and economic impact in the state.

MTSU has more than 300 combined undergraduate and graduate programs.