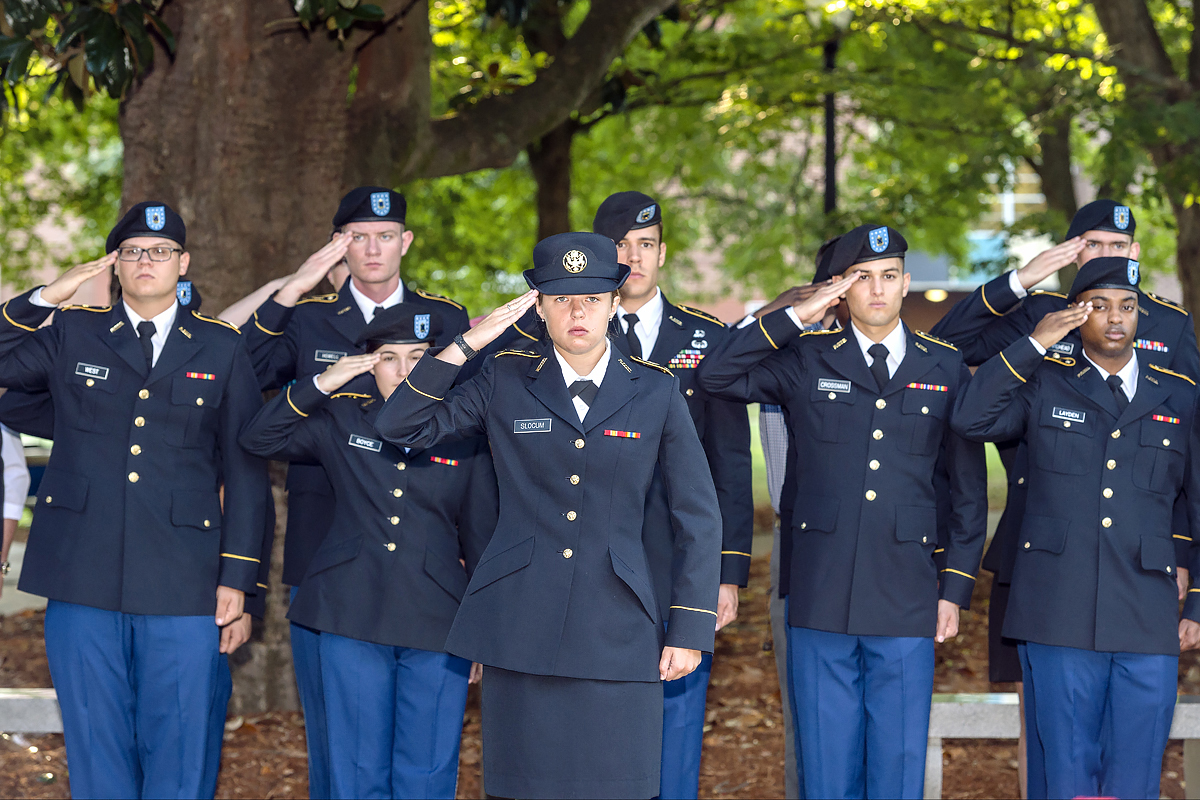 In this September 2015 file photo, MTSU ROTC cadets salute during the playing of taps at the university's 9/11 Observance on the 14th anniversary of the deadly terrorist attacks on U.S. soil. The event was held in the MTSU Veterans Memorial. This year's observance will be Sunday, Sept. 11. The public is invited. (MTSU file photo by J. Intintoli)

The public is invited to join the MTSU community for the university's second 9/11 Observance at 7:30 a.m. Sunday, Sept. 11, at the Veterans Memorial site outside the Tom H. Jackson Building.

Led by cadets in the program, MTSU's Department of Military Science will hold the event to commemorate the 15th anniversary of a series of four coordinated terrorist suicide attacks by the Islamic group al-Qaida on U.S. landmarks, which occurred Sept. 11, 2001.

Guest speakers will be:

• Keith M. Huber, senior adviser for veterans and leadership initiatives at the university. Huber, a Franklin, Tennessee, resident who joined MTSU in January 2015, spent nearly 40 years in the military, retiring as a U.S. Army lieutenant general.

• Dr. Sidney A. McPhee, the 10th MTSU president, who assumed leadership in 2001 and has overseen remarkable growth during his tenure.

• A prayer and moment of silence led by graduate student and chemistry/business administration student Shanika Willis, president of the Blue Raider American Veterans Organization or BRAVO. (Tower 1 was hit at 8:46 a.m. EDT Sept. 11, 2001. Flight 11 from Boston's Logan International Airport crashed into the north tower with 92 passengers on board.)

• Remarks by McPhee and Huber.

To find parking for the event, visit http://tinyurl.com/MTSUParkingMap.