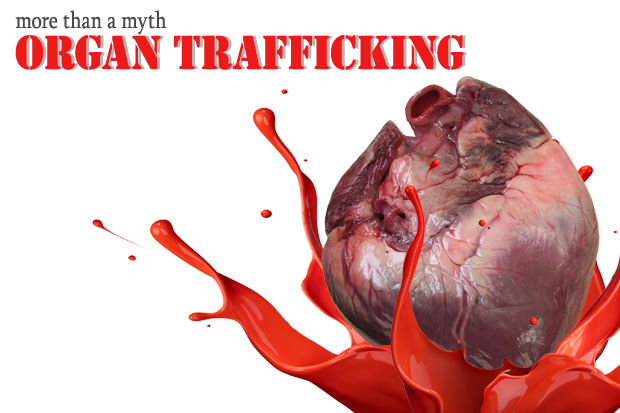 Many people hear the words "Human Trafficking" and automatically think about sex trafficking. But, there are also problems dealing with labor trafficking and even organ trafficking.

In 2006 a report was released by two Canadian Attorneys about the harvesting of human organs. David Kilgour and David Matas reported that they collected about 30 pieces of evidence supporting the illegal trafficking of organs. In 2007, they released even more evidence into the growing problem worldwide and not just in China.

The report suggested that in 1980, Chinese doctors had to invent alternative ways of finding funding after the government slowed funding to medical institutions, especially in rural areas. Supposedly, selling organs was one way to create a new revenue stream. A price list was even available at one point (as seen below).

Since the report was made available, more and more studies have been conducted on the subject with some suggesting that terrorist groups are now cashing in on organs that are removed from victims in their countries of choice, according to past UN investigations into the alleged incidents.

A professor by the name of Nancy Scherper-Hughes studies Medical Anthropology while teaching at the University of California, Berkley. At one point, she reportedly posed as a doctor to further research the issue. She allegedly found that organs from other countries were making their way to the United States and traced going into hospitals located in places like New York, Los Angeles and Philadelphia.

Despite the growing problem of illegal human organ sales, you rarely hear that much about the situation. However, Dr. James Chaney at MTSU is not being quiet about the problem while continuing his studies at the local university.

Below is allegedly a Chinese Generated Price List of Organs: