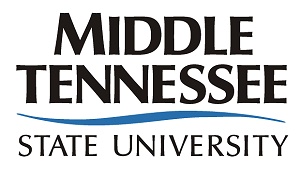 Nearly 7,000 new jobs were created across Tennessee by 20 foreign firms in 2015, while fourth quarter Tennessee export losses were significantly smaller than the overall national decline in exports. These are among the findings of the new "Global Commerce" report by the Business and Economic Research Center at Middle Tennessee State University, which highlights both foreign direct investment and trade trends in Tennessee.

The latest report highlights potential strengths and weaknesses of Tennessee's trade dynamics within the context of global economic trends. "Tennessee has been remarkably successful in attracting foreign investment in recent years. It is a real plus given how slow economic growth has been not only nationally but globally," said Steven Livingston, the "Global Commerce" editor and BERC fellow who has produced the quarterly report since the late 1990s.

● Foreign Direct Investment trend: Up from 2014

"We will continue to build on this excellent resource for Tennessee manufacturers, exporters and leaders," said Murat Arik, director of BERC.

The complete report can be viewed at http://bit.ly/1LbUe9o.