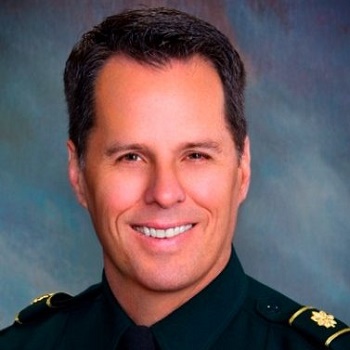 Murfreesboro City Manager Rob Lyons named James "Karl" Durr as the new Chief of Police, replacing retired Chief Glenn Chrisman. Durr, Assistant Chief for the Eugene Police Department in Oregon, was the top pick of more than 69 applicants and three finalists who underwent structured interviews by a Staff and Community Panel along with the City Manager. The finalists in the nationwide recruitment process were also evaluated by an assessment center conducted by the University of Tennessee Municipal Technical Advisory Service (MTAS).

Durr is expected to begin his new role in April.

"During his lengthy law enforcement career, Chief Durr has exemplified leadership, professionalism and passion for the safety of the communities he serves," said City Manager Rob Lyons. "Everyone who associated with Chief Chrisman during his successful career knows that he will be difficult to replace, but in my judgement Chief Durr has the level of experience, education and leadership required for the future of our growing community."

Assistant Chief Durr brings great experience and education to the Murfreesboro Police Chief's office. He has been a law enforcement officer for almost 32 years. He most recently served as assistant chief in Eugene, where he had oversight of Investigations, Operations Support, Technical Services, Internal Affairs, and Training for a department comprised of 185 sworn and 119 civilian personnel.

From 1987 to 2012, Durr rose through the ranks of the Palm Beach County Sheriff's Office in the largest county in the state of Florida with a population of 1.3 million and a patrol district population of 763,000. Durr served as Major over Homeland Security, overseeing 330 personnel and an annual budget of $38 million. Working closely with the U.S. Department of Homeland Security (DHS), the Federal Bureau of Investigation (FBI), the Transportation
Security Agency (TSA), the Drug Enforcement Agency, (DEA) and Alcohol, Tobacco and

Firearms (ATF), as well as state and local law enforcement, Durr had responsibility for a number of units and initiatives critical to homeland security. Durr's Palm Beach County service also includes serving as commander of the Narcotics Division from 2005 to 2011.

As a career law enforcement officer, Durr has been assigned to various investigative units as well as K-9, SWAT, and Field Training. He has also served as a member of the High Intensity Drug Trafficking Area (HIDTA) South Florida Intelligence Committee, the South Florida Regional Board of Violent Crime and Drug Control Commission as well as a gubernatorial appointment to the Florida Drug Paraphernalia Task Force Board. Durr also assisted with the passage of several laws including Florida's Pharmaceutical Drug Monitoring Program. He began his career in law enforcement as a patrol officer for the Boca Raton Police Department in 1984.

Durr holds a Master's degree in Criminal Justice Administration from Lynn University in Boca Raton, Florida and a bachelor's degree in business management from Northwood University in
West Palm Beach. In 2014, he attended the Police Executive Research Forum's Senior Management Institute of Police and in 2006 the John F. Kennedy School of Government, Senior Executive's in State and Local Government at Harvard University. He has served as an adjunct instructor in criminal justice since 2002.

Durr is an active member of the International Association of Chiefs of Police and the Police Executive Research Forum. He is married and has two sons, ages 7 and 12.