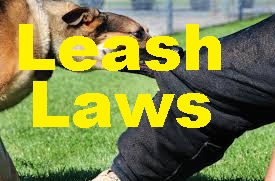 Remember, Murfreesboro has strong leash laws and dogs are prohibited from roaming.

On Wednesday (12/6/2017) a man was walking to work when he allegedly was attacked by a brown pit bull on Northfield Boulevard.

A few hours later, he had to leave work due to pain in his back. He feels it came about after he twisted and turned to get away from the vicious unleashed dogs.

Now--the rest of the story: while walking home on Eventide Drive, the same man was bitten by another unleashed canine. This one was white and brown.

Both streets are in the same neighborhood. Police and the Rutherford County PAWS officers are watching that area closely for pets that are not restrained. If pets owners are caught, they can be prosecuted.