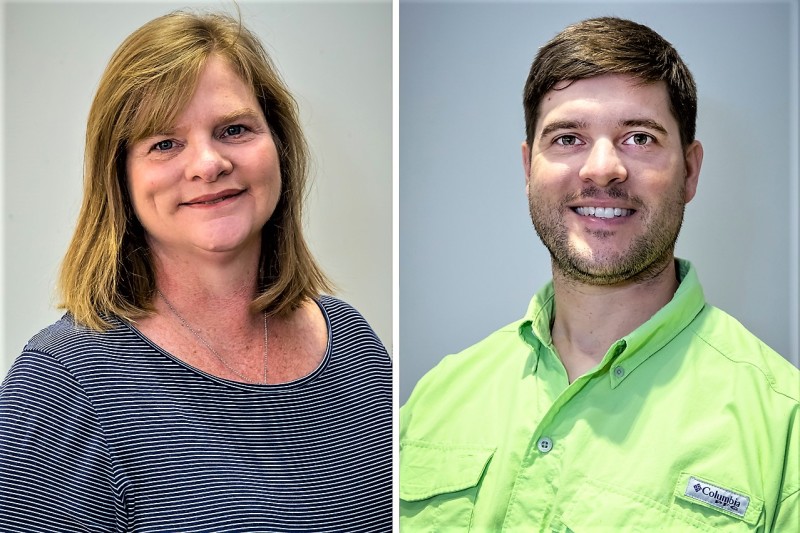 (MURFREESBORO) The Murfreesboro Building & Codes Department has added two new employees. Teresa Stevens has been hired as the new Sign Administrator and William "Preston" Hunsucker has been hired as an Electrical Inspector.

Teresa Stevens comes to Murfreesboro after serving for the City of Franklin, Tennessee as a Sign Administrator in Zoning Enforcement from 2013 to 2019. Stevens has devoted most of her career to public service, including 13 years as a victim advocate and legal assistant for the District Attorney's Office in Washington County, Tennessee.

"I look forward to working with Murfreesboro business owners on a variety of sign issues as I did for more than five years in Franklin," said Sign Administrator Teresa Stevens. "I moved to Murfreesboro five and a half years ago from the East Tennessee area and I'm delighted to utilize my skills and experience in the community I have made home."

Stevens began employment as a Signs Administrator on March 25. In her free time, Stevens enjoys sports and spending time outdoors, hiking, swimming and kayaking. She is also an avid Predators' fan and enjoys watching college football and soccer. Stevens and her husband of 28 years have three adult sons and one grandson, age 3.

Preston Hunsucker comes to the City of Murfreesboro Building & Codes Department from JNS Electric where he worked seventeen years as an Electrician. JNS Electric is a family-owned company based out of Bon Acqua, Tennessee in Hickman County. As a journeyman Electrician, Hunsucker worked with the music industry serving such customers as Cheryl Crowe, Kix Brooks, Alan Jackson, and Jack White Third Man Records. Hunsucker was hired by the City of Murfreesboro in January.

"I look forward to working with the contractors and customers for the City of Murfreesboro," said Preston Hunsucker. "Making sure that all electrical work performed is done strictly by National Electric Code 2017 standards in a safe manner is the major emphasis of Building and Codes."

"These classes help the inspectors learn about new technology, allow discussions on code interpretations and refresh their knowledge on the National Electric Code," said Building and Codes Director Robert Holtz. "Having Electrical Inspectors with field experience on the installation of electrical systems gives our inspectors the confidence needed to make tough decisions in the field."

With the addition of Hunsucker, the City now has four certified Electrical Inspectors.

When not serving the City as an Electrical Inspector, Hunsucker owns and operates a farm in Dickson, Tennessee where he raises Registered Black Angus cattle. He also enjoys golfing kayaking and boating and is an avid Tennessee Volunteers football fan. Hunsucker and his wife have a two-year old son with another child on the way in October.

Stevens replaces Amelia E. Kerr who previously served as Sign Administrator before being promoted to a Planner for the City Planning Department. Robert Holtz, director of Building & Codes, and Brian Hardison, who was recently promoted to Plans Examiner, temporarily handled sign enforcement duties until a new Sign Administrator could be hired.