Murfreesboro Homeless Murderer to Remain in Prison for Life 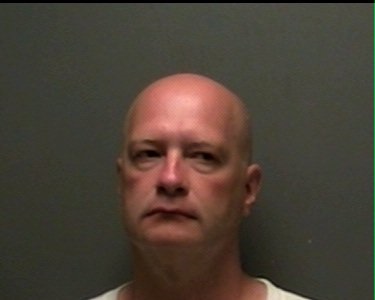 A case involving the murder of a homeless man in Murfreesboro which ended with the conviction of Charles Lee Warner, has been appealed.

Warner is the man who killed 52-year old Emad Kadhim Al Azraki and left his lifeless body in Lytle Creek almost exactly four years ago. Al Azraki was found dead on May 12, 2014.

Warner appealed his case which was a jury conviction for first degree murder. The subject received a sentence of life in prison. The defendant suggested in his appeal that the evidence was insufficient to support his conviction. He also claimed that the trial court messed up by declaring local resident Robert Strange was an unavailable witness.

Despite the arguments made by Warner from a prison cell, the Appeals Court based in Nashville confirmed the judgement of the trial court in Rutherford County. The case was originally heard before the honorable Judge David Bragg in Murfreesboro. The appeal was officially denied on Wednesday May 9, 2018.

Warner will remain behind bars in a Tennessee prison for the rest of his life. Today, he is 51 years of age.

"In May 2014, the victim's nude body was found in Lytle Creek in Murfreesboro. His throat had been slit. Thereafter, the Defendant was charged with the first degree premeditated murder of the victim, Emad Kadhim Al Azraki, and tampering with evidence. See Tenn. Code Ann. §§ 39-13-202, -16-503. Ultimately, the tampering with evidence charge was dismissed, and the Defendant proceeded to a trial by jury on the murder charge, which was held February 8-11, 2016."

"A. Discovery of the victim's body and search of the surrounding area. On May 12, 2014, Trey Parsley, a construction worker, was standing on a walking bridge overlooking the greenway area of Lytle Creek when he observed "something kind of shiny" in the creek. Mr. Parsley had been working in the area installing a gas pipeline and had noticed a smell near the bridge for several days that had become more pungent over time. Upon closer observation of the shiny object, Mr. Parsley saw that it was a nude body face-down in the creek. According to Mr. Parsley, the victim's hands appeared to be "out like maybe he was trying to push up or something." Mr. Parsley also observed "sticks and stuff" placed across the victim's back "kind of like in an 'X' maybe . . . to hold him down." Mr. Parsley returned to the bridge and telephoned 9-1-1. When the officers arrived, Mr. Parsley showed them how to get to where the body was "because it was kind of rough to get in in spots." After the officers turned the body over, Mr. Parsley noticed a "big gash" across the victim's neck. "