Murfreesboro man arrested after shooting gun while on toilet 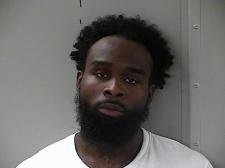 Eight counts of reckless endangerment are just some of the charges that a Murfreesboro man faces after allegedly firing a shot in the bathroom of a home on Courtland Street.

A police report showed, "Germaine Dunlap, Jr. was mirandized and confessed to firing the gun while sitting on the toilet."

Police recovered a stolen handgun when arresting Dunlap. The gun was reported as stolen in Spartanburg, South Carolina. Evidently, Dunlap lived in South Carolina before moving to Murfreesboro.

In the past, Dunlap was arrested and charged with violent felonies that included Attempted Murder.