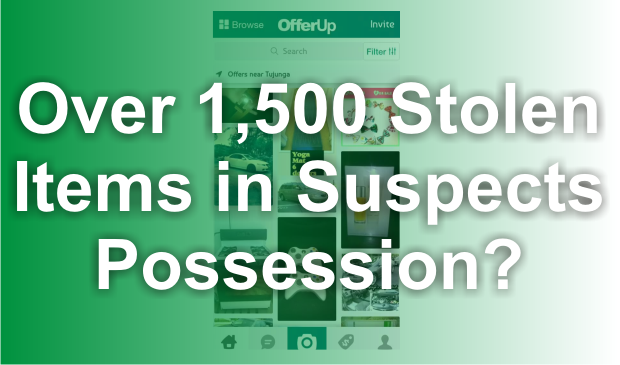 A Murfreesboro man has been arrested after allegedly selling stolen items on the "Offer Up" app. The phone application connects sellers to buyers online.

When police arrested 35 year old Theodore Andrew Roloff, who goes by the nickname of "Ted Roloff," he allegedly had 1,599 stolen items in his possession valued at more than $17,000, according to authorities.

Roloff was arrested after being interviewed by detectives. He will be in court to face a "Theft over $10,000" charge on July 12, 2016. He is currently free on bond.