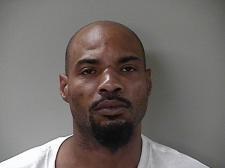 An attempted murder unfolded in Murfreesboro at 6:36 Wednesday evening.

Police officers responded to 1011 Riviera St. in reference to a shots fired call. The complainant stated that 36 year old Clifford Harris fired several shots at her and several in the air. Responding officers located Harris and he has since been booked on an Attempted Homicide charge. He was also charged with two counts of Reckless Endangerment.

Harris remains behind bars at the Rutherford County Adult Detention Center. He is being held under a $340,000 bond.

Murfreesboro Police Chief Karl Durr stated, "The MPD has zero tolerance for anyone shooting a gun at a person or residence." The Chief went on to state, "We are devoting serious resources to combat these recent acts of violence and their underlying causes."