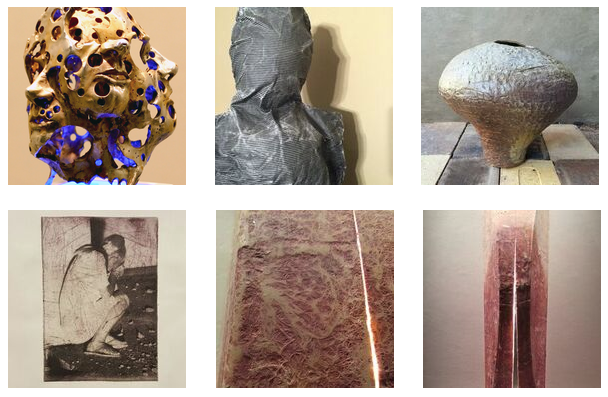 Each spring semester the Department of Art's Todd Art Gallery on the MTSU Campus hosts a pair of Bachelor of Fine Arts (B.F.A.) Candidates' exhibits. One showcases studio art while the other graphic design. Each exhibition features art majors expected to graduate in May or at the subsequent semester's end.

The graphic design BFA entitled, Venture: A Design Expedition will be on display April 26-May 5, 2016. It features students that have concluded their design studies through a "Senior Project" class. As capstone to their educational experience each will present their work through the collective format of a trade show setting as typical of their professional. Fresh from success at the American Advertising Federation's 2016 Nashville Student ADDY Awards several among this group won the top-spot in 15 of the competition's 26 categories. A partial list of participants, all ADDY winners include: Erica Belletete, Aly Booker, Rachel Carlson, Hannah Cole, Matthew Eason, Aubrey Griggs, Sarah Growden, Amber Iacopelli, Jackee LaFever, Aaron McMillian, Haley Overby, Caitlin Parker, Damarea Watts, Danny Weddle Jr.