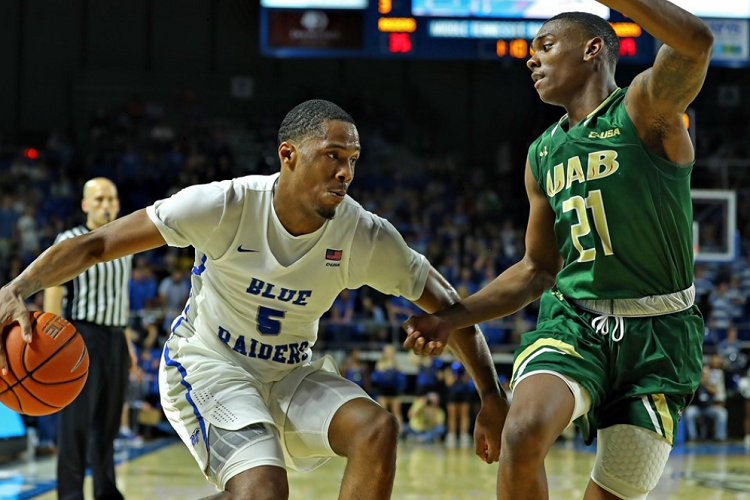 It didn't take long for No. 24 Middle Tennessee to prove worthy of its first-ever Associated Press Top 25 ranking against UAB over the weekend. The Blue Raiders got a double-digit lead early enroute to a 79-54 thumping of UAB in front of over 97-hundred fans.

Chip Walters had the play-by-play here on the flagship station of the Blue Raiders Saturday. Coach Kermit Davis says Saturday's roaring crowd was a big lift for his team:

Middle Tennessee sits one game ahead of rival Western Kentucky for the top spot in the conference standings with two games left in the regular season. The Hilltoppers will travel to the Murphy Center Thursday for a 7 p.m. tipoff with the Blue Raiders a win away from clinching their second C-USA regular-season title in a row.

Coach Davis says it couldn't be a more fun week:

The Blue Raiders started their current 10-game win streak with a 66-62 win at Western January 10th.