NO BURNING in Murfreesboro or County! 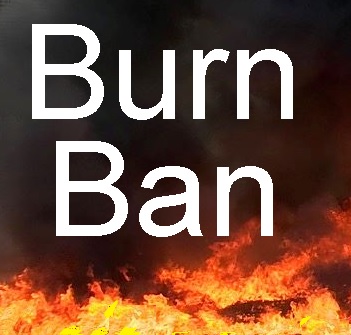 (MURFREESBORO) Effective immediately, both the City of Murfreesboro as well as Rutherford County have placed a mandatory ban on burning until further notice.

The ban is the direct result of dry vegetation due to lack of rainfall.

Both the City and County Have BURN BAN

Murfreesboro Fire Marshal Carl Peas said, "Until we receive a substantial amount of rain, we will not lift the burn ban. Conditions right now are not conducive to safe burning."

Rutherford County Fire Rescue Chief Larry Farley advises that citations may be issued for any incidents of burning, at the discretion of authorities.

Wildland fire officials with the Tennessee Department of Agriculture Division of Forestry are keeping a close eye on weather conditions as the state and region experience a prolonged hot and dry pattern. While the division has not seen an increase in the number of wildfires, nor do indices suggest a high fire danger, the agency is urging citizens to use precaution and good sense when burning outdoors.

Again, there is a BAN ON BURNING both within the Murfreesboro city limits or anywhere in Rutherford County, TN on a till further notice basis.