Over $1,300 in Cigarette Cartons Stolen in Murfreesboro 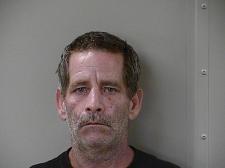 Over $1,300 in cigarettes were stolen from the Walmart Market store on the New Salem Highway at Cason Lane in Murfreesboro. Reports show that 27 cartons of assorted smokes were taken.

On Monday morning around 1:25 AM, a white male walked into the store and grabbed a large box containing the cigarette cartons. The man, who was described as being between the ages of 40 and 50, walked out of the store without opening the box or paying for the contents.

The man left in a gold colored car with a temp tag on the back. He was wearing an orange plaid short sleeve shirt and blue jeans.

Shortly after the theft, a subject was pulled over who matched the description of the alleged thief. The box of smokes was found in the subjects trunk and a "Claude Hodge" admitted to stealing the items and that he planned to sell them.

Arrested with Hodge and charged with theft over $1,000 was 41 year old Macie Lee Takahashi-Dolan (below). She too will be in court on the 26th. She was also wanted by Metro Police in Nashville for an unrelated offense. 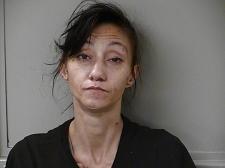