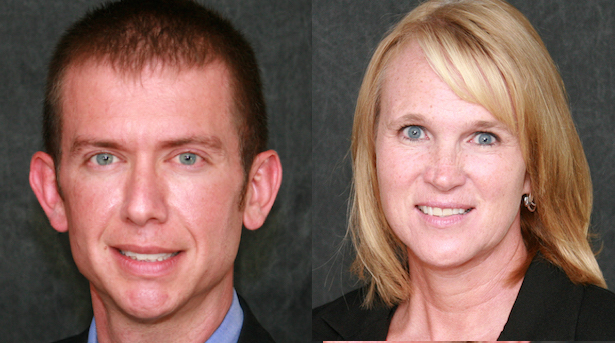 Bolden has a history of effectiveness with leadership and instruction, Director Odom said.

"Mr. Bolden served as the David Youree assistant principal this past school year and was recognized for his leadership skills and his background in instructional methodology," Odom said. "Students and teachers responded to his ability to connect with them in a professional setting from his previous work as an educational consultant with the Tennessee Department of Education, Response to Intervention coach at David Youree, and instructional technology support with a major textbook publisher."

Bolden has been an educator for 12 years and previously taught at Smyrna Primary School, Eagleville School and Homer Pittard Campus School. He's also a lifelong resident of Rutherford County and attended Eagleville School for grades K-12.

"I want to carry on the traditions and expectations that Mr. Luker had, one of those being to maintain David Youree as a high-achieving school," Bolden said. "I'm excited to be able to stay at David Youree and be principal at the school that I consider home. I am thankful Mr. Odom gave me this opportunity."

"Mrs. Blair has twice earned recognition as a Teacher of the Year in two different schools as a teacher of mathematics and for her skills in library science. She is a focusedinstructional leader who models high expectations with noted empathy and encouragement for those whom she supervises," Director Odom said.

"I'm thankful for this opportunity Mr. Odom has given me. I feel very humbled to follow in Mr. Duke's footsteps and humbled to part of such a strong academic school and a supportive community. I look forward to continuing to work with our excellent teachers, students and parents," Blair said

A search for new assistant principals will begin immediately.