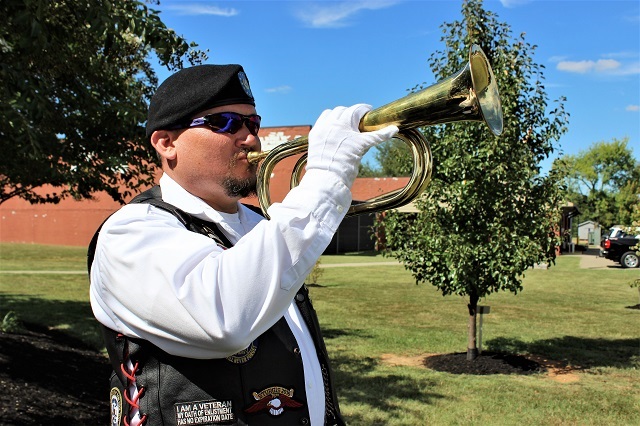 What were you doing when terrorists attacked America on September 11, 2001? That's when the slogan "We will never forget" was born.

Citizens, emergency responders and military personnel who lost their lives as a result of the 9/11 terrorists' attacks will be memorialized in a Remembrance Ceremony at noon Monday beside the 9/11 memorial at the Rutherford County Sheriffs Office, 940 New Salem Highway. Sheriff Mike Fitzhugh invites the community to attend to remember the people "who gave the ultimate sacrifice of their lives" to protect America.

Police Chief Jon Maggard at the Tennessee Valley Healthcare System will be the keynote speaker. In addition, Honor Guards will perform a solemn tribute to the victims of the attacks. WGNS' Bart Walker will serve as emcee.

Again, that's at noon this Monday at the Rutherford County Sheriffs Office.