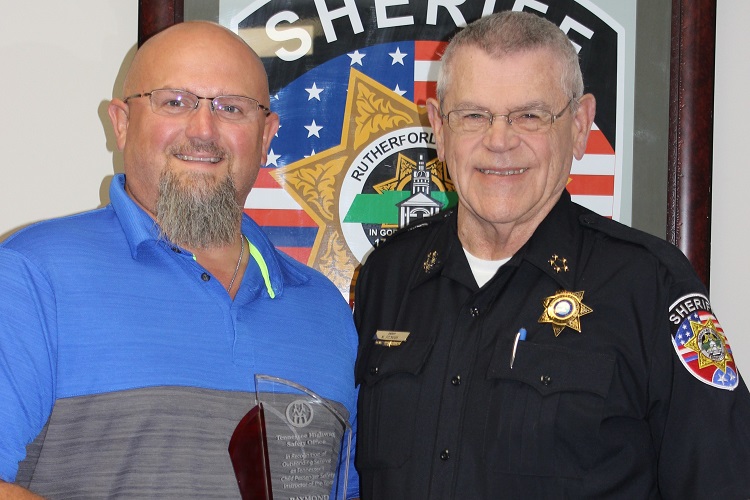 The award was presented last week during the LifeSavers Conference last in Murfreesboro.

He said, "It was a huge surprise. I don't feel like I personally deserved it. We are all instructors of the year because we give 110 percent."

Shew teaches law enforcement officers, paramedics, firefighters and other Tennessee residents about how to install child passenger seats safely under a THSO grant.

Sheriff's employee Raymond Shew remembers when his children were infants and were using cars seats.

He read the manual about child passenger safety seats for both of his children but later learned the seats were installed incorrectly.

"Had we had a crash, it could have been bad," Shew said.

He works as a tele-communicator for the Rutherford County Sheriff's Office.