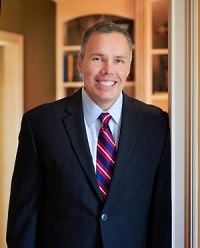 Legislation sponsored by State Representative Bryan Terry (R-Murfreesboro) designed to better support the healthcare needs of military men and women across the state moved forward this week as the House State Government Committee voted unanimously in support of the bill.

As amended, House Bill 425 authorizes healthcare providers who are in the National Guard to provide volunteer clinic services in a Tennessee military armory for those in need. Currently, no authorization is in place that allows these military members to provide such care.

Once passed by both chambers and signed into law by Governor Haslam, the new program will be referred to as the Mission Tennessee for Veterans Program

"Our military goes on missions around the world. Healthcare providers go on medical missions around the world. Why not give the authority of healthcare providers in the National Guard to provide limited primary healthcare in a Tennessee armory?" said Representative Terry. "With all the talk of veterans falling through the cracks or receiving delayed care, I believe Mission Tennessee for Veterans will be a positive step forward in helping our veterans and military members receive the care they both need and deserve."

The legislation is currently scheduled for the Calendar & Rules Committees in the House and Senate. Following passage there, the bill will go to the floor for a full vote before the legislature.

Bryan Terry is a member of the House Health Committee and Subcommittee as well as the House Consumer and Human Resources Committee. He lives in Murfreesboro and represents District 48, which includes a portion of Rutherford County. He can be reached by email at Rep.Bryan.Terry@capitol.tn.gov or by calling (615) 741-2180.