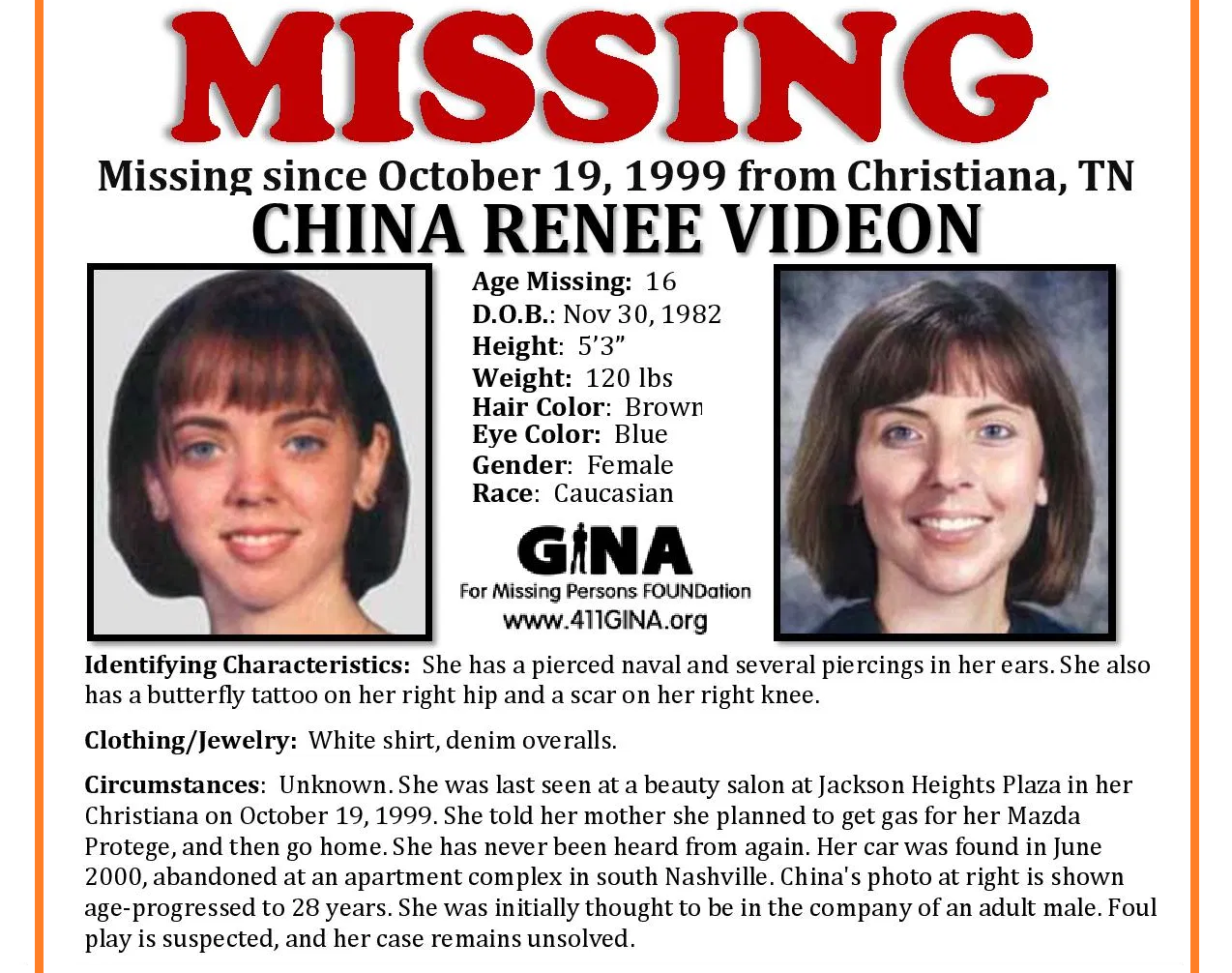 Since the renewed search efforts for Devin Bond, more local residents have posted on FaceBook questions about the disappearance of China Renee Videon, who was last seen October of 1999.

Reports from '99 confirm Videon was 16 when she went missing. Like Bond, she also attended Riverdale High School in Murfreesboro.

In year 2000, the car belonging to the Christiana teen was found at an apartment complex in Antioch.

Rutherford County Sheriff's Detective Sgt. Dan Goodwin was part of the Cold Case Unit in 2007 and stated, "We believe China was abducted, killed and disposed of by someone who knew her well," Goodwin said. "The case is more difficult because her remains have never been found."

Videon was legally declared dead in October of 2007.

In 2015, authorities named two persons of interest by their first names only. Those two persons were alleged to be someone named "T.J." and "Chris."

20 Years later, still no arrests made in the Videon case.

If you have information on the case you can call the Sheriff's Office at 898-7770.