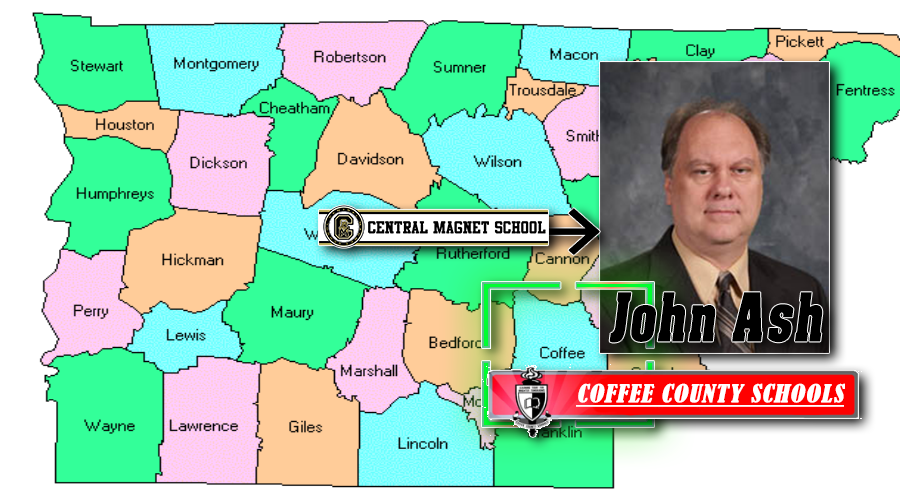 After a work session on Monday night, Coffee County Board of Education announced on Tuesday the five finalists for the director of schools' position in the nearby community. One of those finalist is a name from Rutherford County.

Rutherford County Central Magnet School Principal John Ash is on the short list to be hired as the next Coffee County director of schools. The position is open after Dr. LaDonna McFall resigned from the job and Joe Pedigo in Coffee County was tapped as the interim director until a director is hired.

The five finalist on the list include (no certain order):

The Coffee County Board of Education narrowed down their list of applicants for director of schools from 16 to five during their work session on Monday, May 13.

Of the names, Aaron received a vote from each board member to become a finalist. Lawson and Cornelius received 6 each. Ash and Hargrove received 4 each.

Interviews with the five candidates will begin in the next couple of weeks and the board should be completed with the first round of interviews in a month.