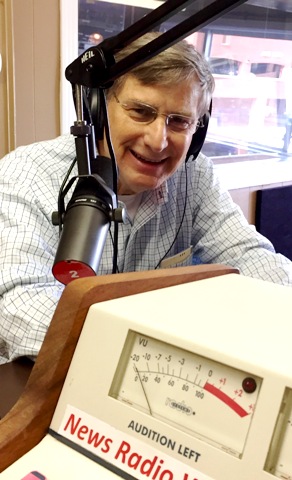 Murfreesboro City Council had a big surprise for Vice Mayor Doug Young Thursday night regarding the Fire & Rescue Training Facility to be built at Franklin Heights in Murfreesboro.

Before the meeting began, Mayor Shane McFarland revealed to council that they've decided to name the building after Young, much to his amazement. NewsRadioWGNS' Jackson Jones has more...

We spoke to Doug Young about his reaction....

Young said the fire department means so much to him...

The city recently received a permit back in August to build the almost four-million-dollar facility at the closed Franklin Heights public housing project in town.

The center will include a five-story drill tower, a 90,000-square-foot driving pad, K-9 field and classroom building. Five existing buildings toward the back side by an industrial property will remain for training. The city also will build an eight-foot high metal wall with brick columns along Bridge and New Salem. Existing chain-link fencing along Kenslo and to the back side will remain.

Young received a standing ovation from Council and everyone in the room when it was announced.

In other council news, City Council unanimously adopted a proposed Food Ordinance on First Reading that amends City Code and adds new regulations on food trucks operating within the City limits. The ordinance must still receive approval on Second Reading to be officially adopted.

A "City of Murfreesboro--Food Truck Ordinance" Facebook page facilitates public awareness and public input on the proposed ordinance and future administration. Visit the page at