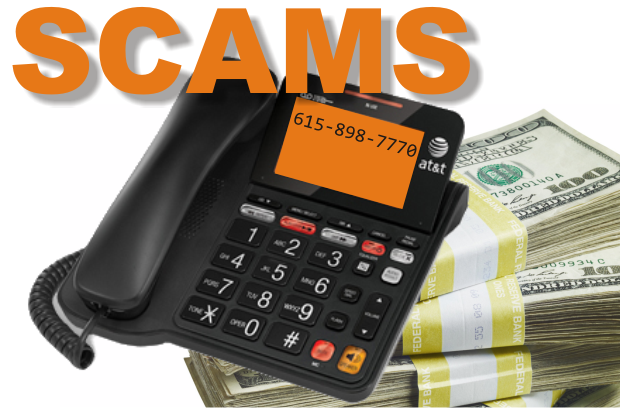 A victim told Deputy A.J. Ross someone identifying himself as Sheriff's Office Administrative Chief Joe Russell called saying warrants were taken out but it could be taken care of by paying money. The caller reported deputies would be sent to the victim's home.

Sheriff's deputies won't call people and ask for money. People who receive these calls may phone the Sheriff's Office at 615-898-7877 if they have questions about warrants.

In another case, Circuit Court Clerk Melissa Harrell said one young woman told her someone called her parents and reported she needed to get a money card to pay for fines and court costs or be placed in jail.

The woman had already paid her fines and court costs but the call disturbed her, Harrell said.

No one from the Circuit Court Clerks' Office will call people and ask for payment on a card with the threat of going to jail, the clerk said.

"We have a collections department and will call you and have you come to the clerk's office," Harrell said.

People who have questions about outstanding fines and court costs may call the Clerk's Office at 615-898-7831.