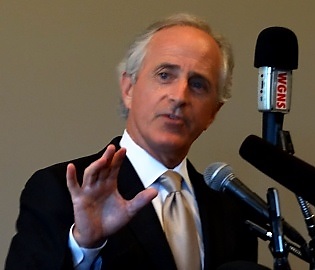 U.S. Senator Bob Corker (R-Tenn.), chairman of the Senate Foreign Relations Committee, today released the following statement in response to Saudi Arabia's claims regarding the death of Jamal Khashoggi, a Saudi journalist and columnist for The Washington Post.

"The story the Saudis have told about Jamal Khashoggi's disappearance continues to change with each passing day, so we should not assume their latest story holds water," said Corker. "They can undergo their own investigation, but the U.S. administration must make its own independent, credible determination of responsibility for Khashoggi's murder under the Global Magnitsky investigation as required by law."

Text of the letter is included below.

The Global Magnitsky Human Rights Accountability Act requires the President, upon receipt of a request from the Chairman and Ranking Member of the Senate Committee on Foreign Relations, to determine whether a foreign person is responsible for an extrajudicial killing, torture, or other gross violation of internationally recognized human rights against an individual exercising freedom of expression, and report to the Committee within 120 days with a determination and a decision on the imposition of sanctions on that foreign person or persons.

The recent disappearance of Saudi journalist and Washington Post columnist Jamal Khashoggi suggests that he could be a victim of a gross violation of internationally recognized human rights, which includes "torture or cruel, inhuman, or degrading treatment or punishment, prolonged detention without charges and trial, causing the disappearance of persons by the abduction and clandestine detention of those persons, and other flagrant denial of the right to life, liberty, or the security of person." Therefore, we request that you make a determination on the imposition of sanctions pursuant to the Global Magnitsky Human Rights Accountability Act with respect to any foreign person responsible for such a violation related to Mr. Khashoggi. Our expectation is that in making your determination you will consider any relevant information, including with respect to the highest ranking officials in the Government of Saudi Arabia.

Under the Global Magnitsky Human Rights Accountability Act, the president, upon receipt of a letter from the chairman and ranking member of the Senate Foreign Relations Committee, must make a determination and is authorized to impose sanctions with respect to a foreign person responsible for extrajudicial killings, torture, or other gross violations of internationally recognized human rights violations against individuals who seek to obtain, exercise, defend, or promote human rights and freedoms, including freedom of expression.