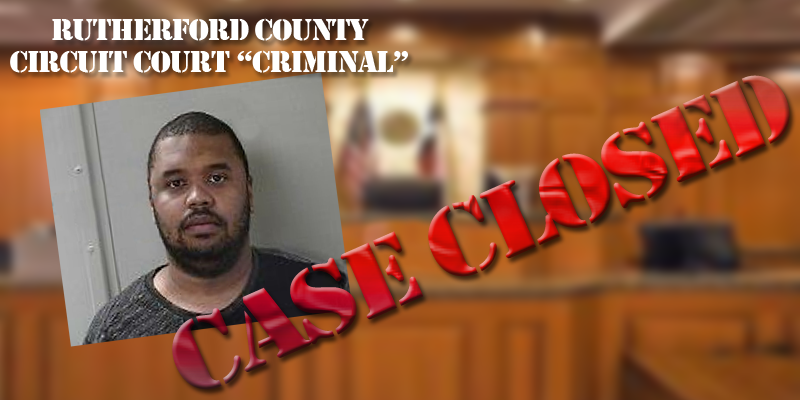 A rape and sexual battery case is now closed.

The case was heard over a two-and-a-half-day trial in Rutherford County Circuit Court and the outcome of the trial equaled a guilty plea for a Stone Mountain, Georgia man who victimized a female in Murfreesboro.

A JURY filed a GUILTY PLEA for Robert Davis earlier this week. That plea was for the charge of Sexual Battery.

Davis was originally arrested on two counts of rape and two counts of sexual battery after being investigated by Detective Tommy Roberts with the Murfreesboro Police Department.

The sexual battery and rape case was opened in March of 2018. Several months after the investigation was initiated, Davis was indicted by a Rutherford County Grand Jury.