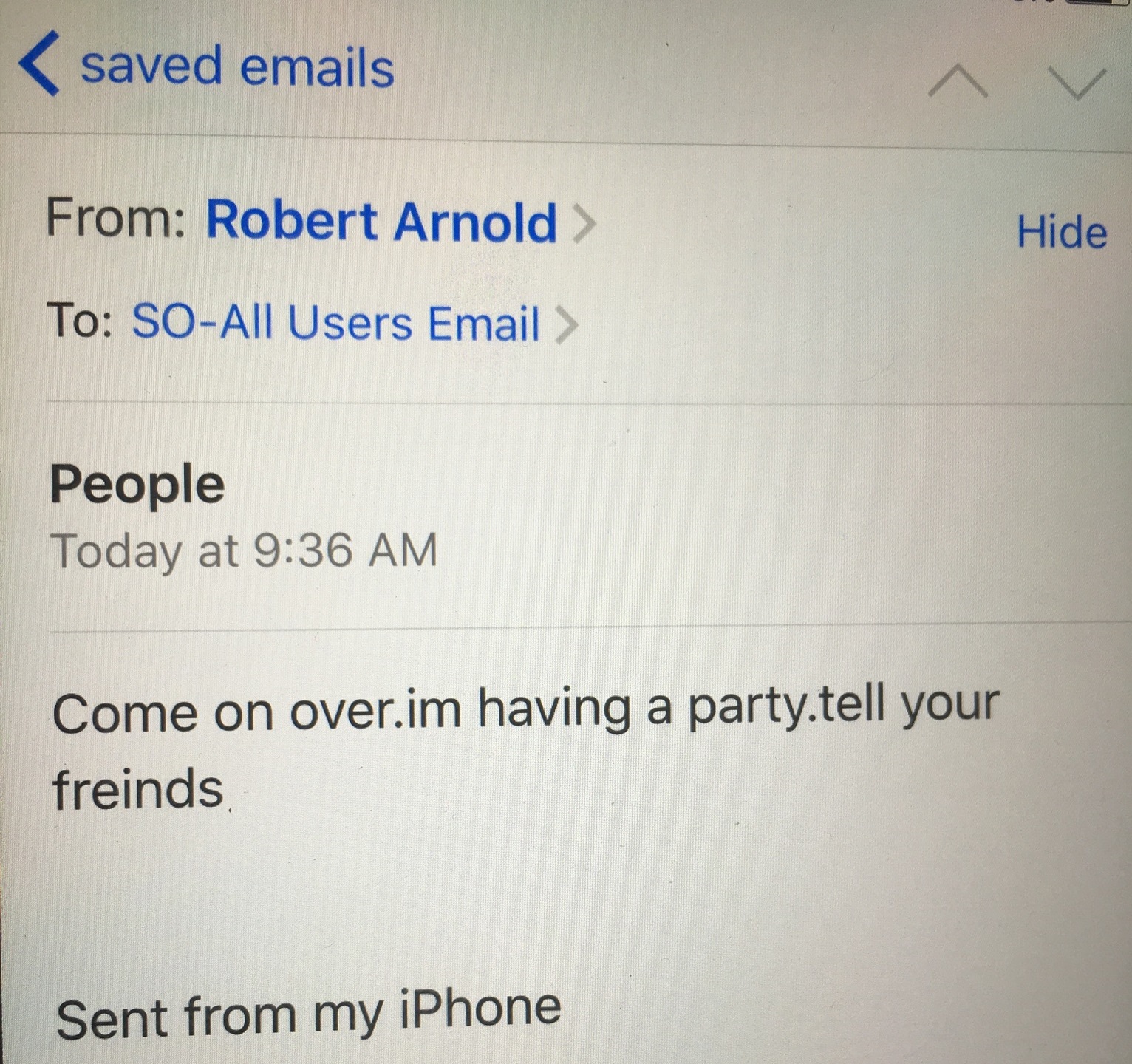 ABOVE: Email allegedly sent from Sheriff Arnold's county email account to deputies after he left the Federal Courts on Friday.

Details of the story:

UPDATE: After Sheriff Arnold left the federal court building in Nashville on Friday, someone allegedly sent an email using his county email address to Rutherford County Sheriff's Office employees. That email stated, "Come on over.im having a party.tell your friends (written as in the email)."

Who sent the email?

As far as who actually sent the email from Sheriff Arnold's account... Arnold said it was not him. Sheriff Arnold told WGNS his phone was turned over to federal authorities when he came into the courthouse this morning at about 8AM.

Arnold faces up to 95 years in a federal prison if he is convicted:

UPDATE: Below is a press release that was sent out by the United States Attorney's Office:

The FBI and the TBI has been investigating Sheriff Arnold for well over a year.

Past News Stories on the JailCig allegations:

A 2014 story on JailCig quotes John Vanderveer, owner of JailCigs, an e-cigarette vendor based in Georgia. 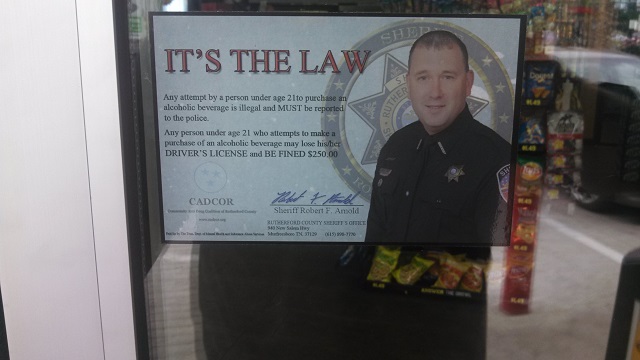