Shoplifting to the tune of $1,500 and drugs in Murfreesboro 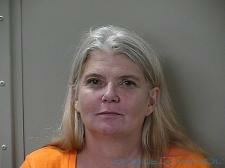 Close to $1,000 in merchandise believed to be stolen from Target and over $600 worth of merchandise from the JC Penny Store was recovered by police and two loss prevention workers on Tuesday.

The merchandise was found when a Woodbury woman by the name of Tammy Rippetoe was seen walking out of the JC Penny Store pushing a shopping cart loaded with items she allegedly failed to pay for. A loss prevention worker at the store asked Rippetoe if she stole the items and apparently, she admitted that she did. Police later confirmed other items in the females possession were stolen from Target.

When authorities searched Rippetoe, they found that she was in possession of Hydrocodone, Lortab, Oxycodone, Tizanidine, Alprazolam and two bags of marijuana.

As for the thefts that she was accused of, Rippetoe was charged with two counts of theft over $500. Her court date has been scheduled for November 21, 2016.

The suspects is free from jail after posting a $22,500 bond.