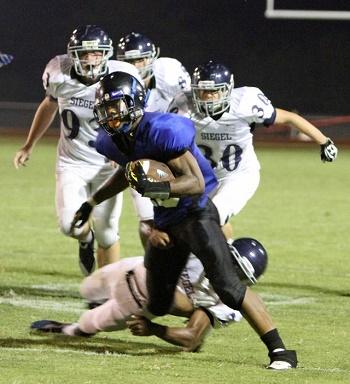 The local football seasons begins with "rival week" for area District 7-AAA teams. The regular season kicks off with La Vergne at Smyrna, a huge rival game with north Rutherford County bragging rights on the line. Coach Stanton Stevens talks with Monte Hale, Jr. about how big this game is for his team, which has only won one game over the Bulldogs...

Smyrna coach Matt Williams tells Jon Dinkins playing the Wolverines with bragging rights on the line is what makes this game special...

WGNS coverage of the "Battle for North Rutherford County" begins at 6:30 Thursday night, right after a special broadcast of Murphy's Matchups, which begins at 6pm.

SUNDAY:
Oakland at Blackman 11am on WGNS