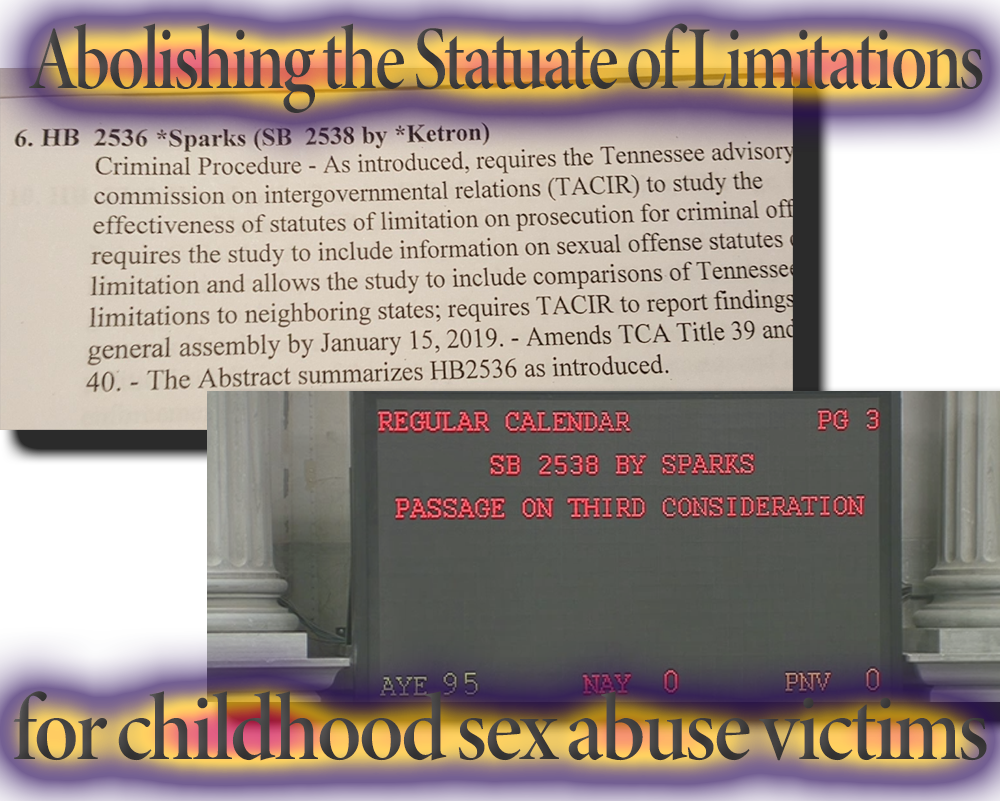 A bill moved forward by State Representative Mike Sparks and Senator Bill Ketron could eventually abolish the statute of limitations in Tennessee against those who sexually abuse children.

On Thursday (4/12/18), both the senate and the house passed a bill to study the impact of eliminating the statute for felony sex abuse offenses committed on children.

95 lawmakers in the House voted in favor of the bill passing. No one voted against the bill on Thursday.

If the study is favorable to taxpayers and helps to lock up those who commit such crimes, it could be signed into law during the 2019 legislative session.

In other words, if a victim waits forty years to come forward about the abuse and the suspect is found to be guilty by a court of law, then the suspect can and will be convicted and sentenced.

The law would not be retroactive. Instead, it would be from the day the statute is dropped - forward.

More on this bill:

WGNS' Scott Walker is the one who proposed the bill and spoke before the House Judiciary Committee and Sub-Committee in favor of such a law to abolish the statute of limitations.

Walker said, "My goal is to not only end the limitation of when a victim can come forward, but also to name the bill in 2019 after the subject who sexually abused me as a child."

In other words, he would propose the bill be named after the suspect who abused him as a young child - after that suspect was unable to be prosecuted due to the statute of limitations being passed. Walker said, "Because he was not convicted, I would only be able to name the bill after either his first or last name. It would send a message to other offenders in Tennessee that you will be known and you will be caught."