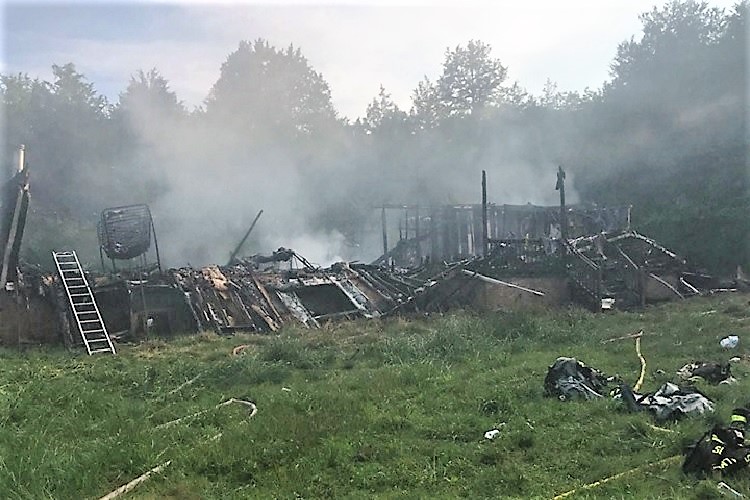 Just after 4:00 o'clock Sunday (7/21/2019) afternoon, a structure fire was reported on Browns Chapel Road. As units neared the scene, they could see smoke billowing into the sky.

When crews arrived, the home was fully engulfed. A defensive fire attack was initiated, while sheriff's deputies closed the road to allow emergency vehicles access to the scene.

One person was safely evacuated from the burning home.

While fighting the blaze, one fire fighter from Murfreesboro Fire and Rescue sustained non-life threatening injury and was transported for care.

The home on Brown's Chapel Road was a total loss.

Arson is suspected and the fire is currently under investigation by the Fire-Arson Investigation Unit at Rutherford County Fire and Rescue along with the fire marshal from La Vergne Fire Department.