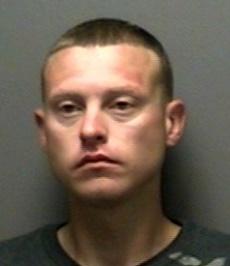 Suspect Marvin Lee Vaughn Jr., 29, of Corner Drive, was charged with three counts of theft of property the night of May 28. Detective Capt. David Hailey said Vaughn was accused of stealing a trailer and pop up camper. Vaughn’s car was full of property.

Due to the knowledge of his history, deputies and detectives had Vaughn’s vehicle towed to the Sheriff’s Office’s secure impound lot where they planned to inventory the vehicle in the daylight.

Between 4:30 and 5 a.m., the Sheriff’s Office was alerted about someone breaking into the locked impound lot. Videotape showed Vaughn retrieving property from the lot. He allegedly stole several items valued at more than $1,000. Detectives and deputies searched for Vaughn. He turned himself in about 15 hours later on May 29.

He was charged with burglary, tampering with evidence, theft, criminal trespassing and vandalism. He is being held on $150,000 bond at Rutherford County Adult Detention Center. Also, his bondsman went off his $42,000 bond. His hearing is set July 21 in General Sessions Court.