Two more law enforcement checkpoint's will take place this Thursday and this Friday in Rutherford County. WGNS has confirmed that one checkpoint has been announced by the Rutherford County Sheriff’s Office. The sobriety checkpoint will be from 9 p.m. to 11 p.m. Thursday (April 10th) on State Route 99 (New Salem Highway) in Rockvale. We were told in an email from the Sheriff's Office that several different agencies are expected to participate after taking a Governor’s Highway Safety Office Checkpoint Class.

On Friday (April 11th), a second checkpoint that is a "Drivers License" checkpoint will be held. Like the first one, the checkpoint will also be in Rockvale. However, this one will be in the middle of the day...

Jackson Ridge Road is in the Rockvale area. Again, the second one will be this Friday at 1:30 in the afternoon.

Below: Photo of Sheriff Arnold at a checkpoint held earlier this year
on NW Broad Street near State Route 840 in Murfreesboro 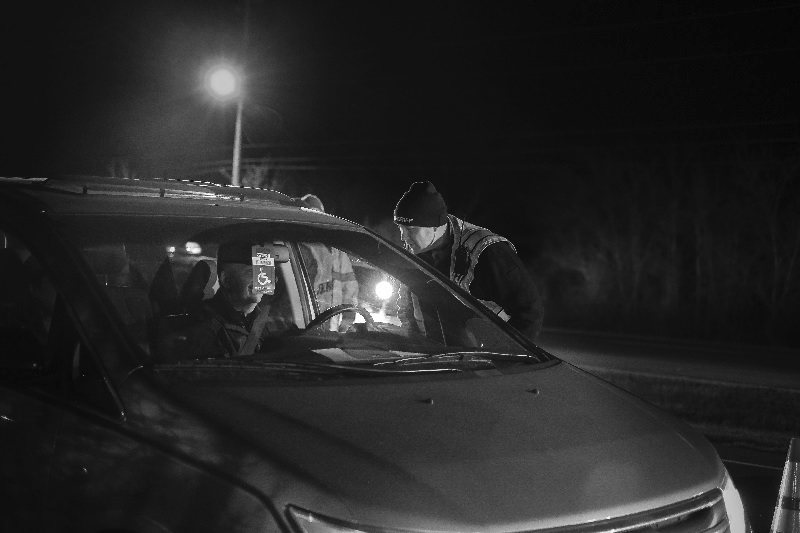