THURSDAY: Reading of the Declaration of Independence 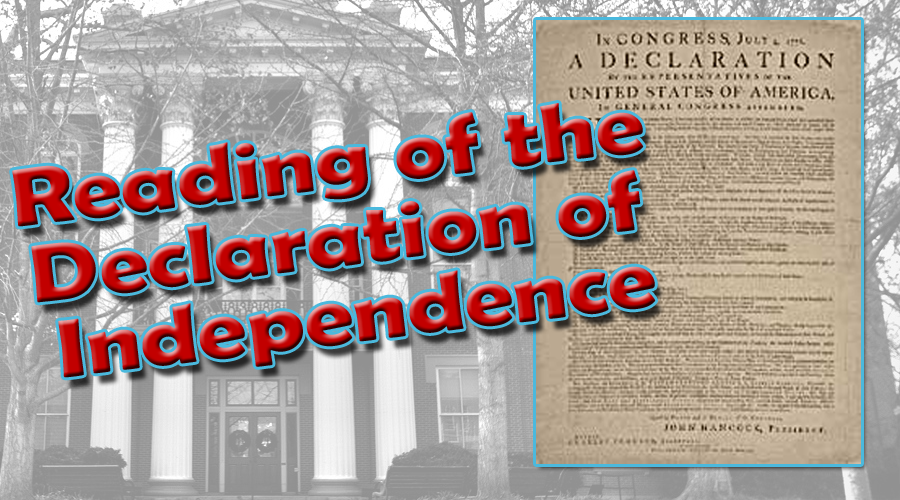 At 9:00AM Thursday morning (July 4th), the Colonel Hardy Murfree Chapter of the Daughters of the American Revolution, will read the Declaration of Independence in front of the Rutherford County Courthouse...

That was attorney Karen Hudson. She is the Regent for the Colonel Hardy Murfree Chapter of the Daughters of the American Revolution.

One of the largest patriotic women's organizations in the world, DAR has more than 185,000 members in approximately 3,000 chapters across the country and even in numerous foreign countries. DAR strives to promote historic preservation, education and patriotism via commemorative events, scholarships and educational initiatives, citizenship programs, service to veterans, meaningful community service, and more. For additional information about DAR and its programs, visit www.dar.org.

READ the Declaration of Independence HERE.