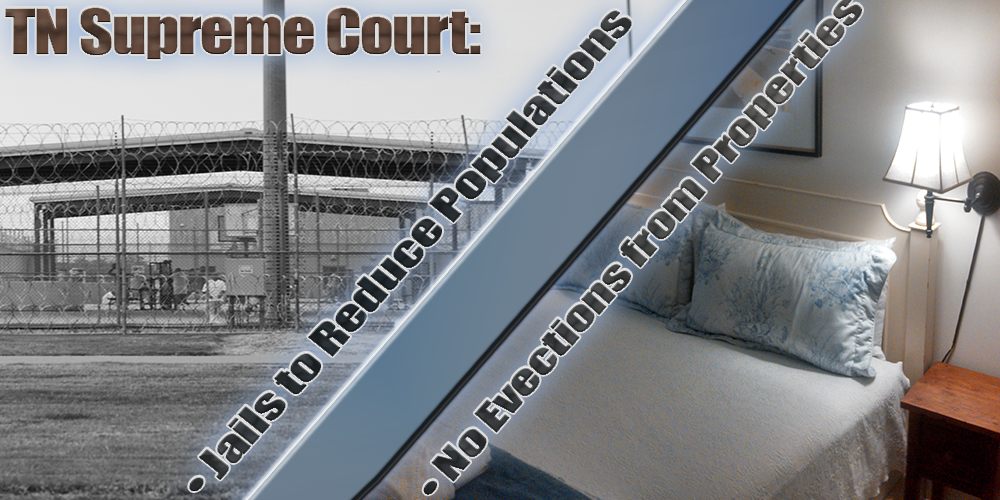 The Supreme Court stated in a recent release that they are instructing "judges not to take action to move forward cases involving eviction, ejectment, or displacement except in exceptional circumstances.

Supreme Court justices asked local judges on March 25, 2020 to submit plans to the supreme court on how they will reduce jail populations in places like Rutherford County. According to documents, "The Order directs the presiding judge in each judicial district to submit a plan for a reduction in the local jail population. Judges had previously been directed to work with local law enforcement, prosecutors, and public defenders to review their local jail populations and make reductions when possible.

"Reduction in local jail populations is a critical component in controlling the spread of COVID-19," Chief Justice Bivins said. "There are low-risk, non-violent offenders who can safely be released and supervised by other means to reduce local jail populations. Judges, law enforcement, and attorneys must work together to identify and create an action plan to address this issue."