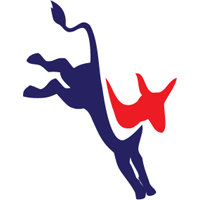 Tennessee Democratic Party releases their thoughts on Republicans to the media:

Fresh on the heels of calling for Governor Haslam's impeachment, Republican State Representative Rick Womick (R-Rockvale) has sent a letter to County Clerks across Tennessee urging them to break the law and refuse marriage licenses to gay couples.

"Republican leadership's silence on this issue is deafening. Once again Governor Haslam, Speaker Harwell, and Lt. Gov. Ramsey are too afraid of the extremists in their own party to show any kind of leadership. Or maybe they agree with Rep. Womick's irresponsible actions but just won't admit it," said TNDP Chair Mary Mancini. "Either way, the Tennessee's Republican Party is clearly becoming home to extremists who expend their energy on grandstanding instead of focusing on the real problems facing the state."

In the letter, which used official stationery with the state's seal, Womick claims the state can ignore the Supreme Court ruling. His antics drew the Daily News Journal Editorial Board to write a column suggesting he might consider limiting what he says.