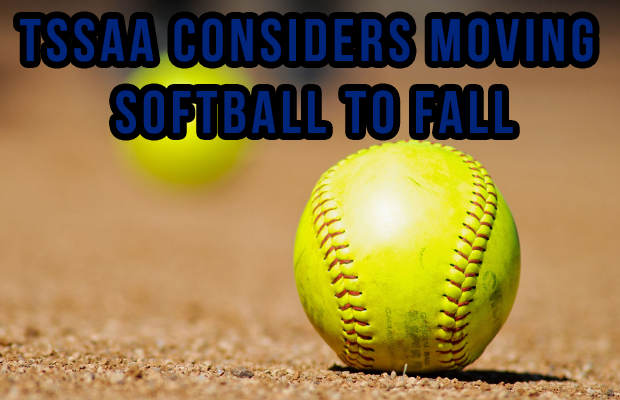 The TSSAA Legislative Council will meet this week and, among other things, consider moving girls' softball to the fall semester.

The proposal, made by Columbia Central High School, suggests better weather in the fall. In addition, players would be coming directly out of travel or rec ball and be in game shape at the start of the school year.

Stewarts Creek softball coach Tory Atwood says the TSSAA Athletic Directors met on November 9th to discuss the proposed change. She says the overall reaction was a resounding no.

Atwood and Oakland softball coach Sam Sheppard agreed weather would be much more favorable. But Sheppard says the overall proposal has many more negatives for the sport.

While the proposal says players are coming directly out of travel or rec ball and would be in game shape and their arms would be 100%, Sheppard see it as a negative. He believes players would be much more fatigued after playing a long summer season to go right into high school ball in the fall.

Sheppard also believes the proposal would have a major impact on smaller schools in the state, where a girl might play multiple sports during the school year. He says a student athlete who may play volleyball, soccer or golf in the fall and softball in the spring would have to choose if softball is moved. He believes all girls sports would need to be evaluated and move some fall sports to the spring if this proposal moves forward.

Siegel softball coach Shawn Middleton is not in favor of the move to fall. He believes softball would struggle to compete with football - both high school and college. Additionally, Middleton says it would effect the travel ball scene since so many tournaments happen in the fall.

The TSSAA Legislative Council will meet Wednesday (December 6th) at the TSSAA office building in Hermitage at 9am.

Rationale behind moving girls' softball to the fall:

2. Timing - players are coming directly out of travel/rec ball, which means they are in game shape. Pitchers would be better prepared for the season and their arms would be 100%. Less injuries would occur because of the players being in game mode.

3. Schedule - the calendar would be set up like volleyball where players work out during the late summer. Practices in mid-July, begin play in early to mid-August and carry through September, district play begins first or second week in October, state end by October 31. Again, temperatures would be much more friendly for these dates, see attachments.

4. Middle School Softball - this could still be played in the spring, but the high school coaches could coach it and prepare the younger players for high school. Practices, fundamentals, and plays would all be in preparation for the high school team. Plus, the middle school wouldn't have to rely on a faculty member the team that may or may not have an interest in softball.

5. College Recruiting - by playing in the fall, college coaches would have a better change to recruit high school athletes from Tennessee. Right now they are limited to watching primarily during the summer months. The students could showcase their abilities potentially in front of more college coaches without having to travel far with a summer team. The state of Georgie does this and has major success with their players moving onto the next level. I would think modeling the schedule after Georgia would be a good start. Other states include Colorado, Missouri, Nebraska, and Oklahoma.

6. Rec Ball - this would allow spring rec leagues to actually grow and not have to worry about high school season ending. Numbers would/should rise and participation would cause for more kids to try-out for the high school teams.