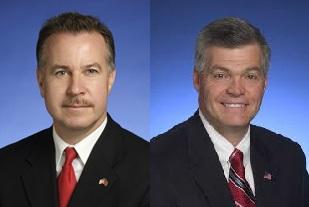 The award, which is presented to those members of the Tennessee General Assembly who scored 100 percent on the ACU Tennessee 2013 State Legislative Rating, is the organization’s highest and most revered honor available to lawmakers.

Sparks, the vice-chairman of the House Transportation Committee, says he's honored to be recognized from the conservative voice of the A-C-U. Senator Tracy, who is chair of the Senate Transportation and Safety Committee, adds he's proud of the fact that legislators in Nashville aren't just "changing the room temperature with hot air" but moving the state in a more conservative direction.

The ACU, which has rated members of the United States Congress for 42 years and become the gold standard of conservative voter education guides, began rolling out ratings of state legislatures in 2011.