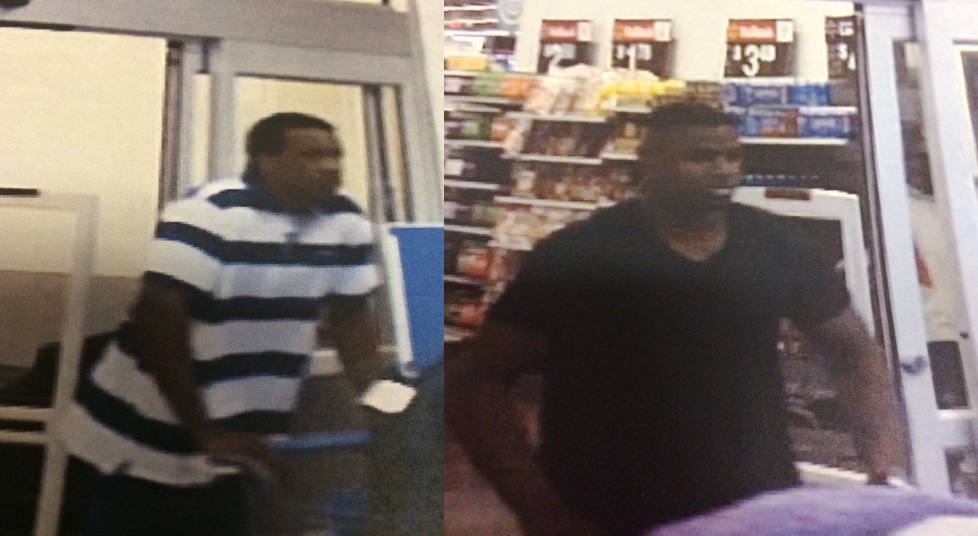 On Sunday (2/19/17) evening, two men stole six desktop computers from the Walmart store in La Vergne. The suspects then fled the store in a white Ford Crown Vic.

According to police, part of the Tennessee tag number on the car was "4-25." The entire tag could not be clearly seen by Walmart security cameras in the store parking lot.

As of Wednesday, the subjects (pictured) have not been caught.

If you have any information regarding these subjects, contact Detective Hudgens at 615-793-7744 or you may anonymously contact Rutherford County Crime Stoppers at 615-893-STOP (7867).

Three full sized desktop computers were stolen from the Walmart on Old Fort Parkway in Murfreesboro earlier in the month of February (2017). According to a store employee, two black males entered the store and proceeded to the electronics section. The two men then grabbed three computers and quickly left the store with the merchandise in hand.

After the men left the store, a surveillance camera shows they fled the scene in a white Ford F-150. Reports indicate one of the two men has already been identified, but not yet arrested.