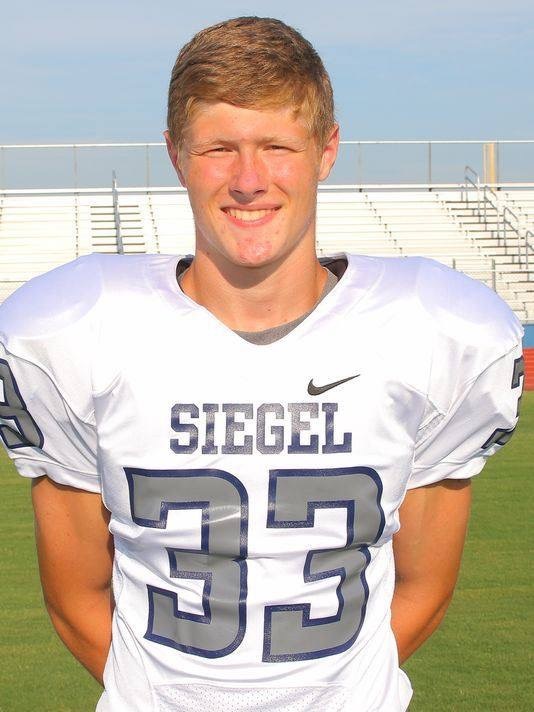 Another update on the condition of a Siegel football player who was injured during a football game last Friday night at Warren County.

Baylor Bramble's condition is unchanged, according to information from Northside Baptist Church. An MRI Tuesday revealed no setbacks or improvement. Doctors also Tuesday increased ventilation to make his breathing stronger and he also had some fever.

We have a link to the page where the church is keeping people updated on Baylor's condition and to the Sunday sermon from Pastor Ken Polk at WGNSRadio.com, keyword Baylor.

We have an update on the Siegel football player who was injured last Friday during the team's football game at Warren County.

Baylor Bramble's condition remains unchanged. The update was from the Northside Student Ministry Facebook page, which stated any updates would be posted there. Baylor's father, David Bramble, is an associate pastor at the church.

Additionally, we've learned his parents were told by doctors they're looking for his pupils to return to normal and an increase in purposeful movement with his body.

Pastor Bramble did send out this tweet on Monday. He said "it's natural to ask 'why?'" He then quoted a scripture from John 9:3. "This happened so that the work of God might be displayed in his life." Then the hashtag #Believing4Baylor.

The community is being asked to pray for these things specifically. Meanwhile, long sleeve shirts are being sold by Siegel High School for 15-dollars to support Baylor's family.

We will continue to provide updates as we get them on Baylor Bramble's condition.

Wyant says Bramble came off the field in the 4th quarter and said his head was hurting and shortly thereafter had a seizure. He was eventually taken by Lifeflight to Vanderbilt.

A prayer vigil was held in the Siegel cafeteria Saturday afternoon, with a standing room only crowd.

The Siegel football community has had a difficult year with the death of sophomore Mason Loupe and Siegel Middle player Caleb Victory suffering a serious head injury. Victory is still in Atlanta for rehab.

Extra counselors will be at Siegel High School Monday to help students cope with the most recent serious injury to a fellow student.