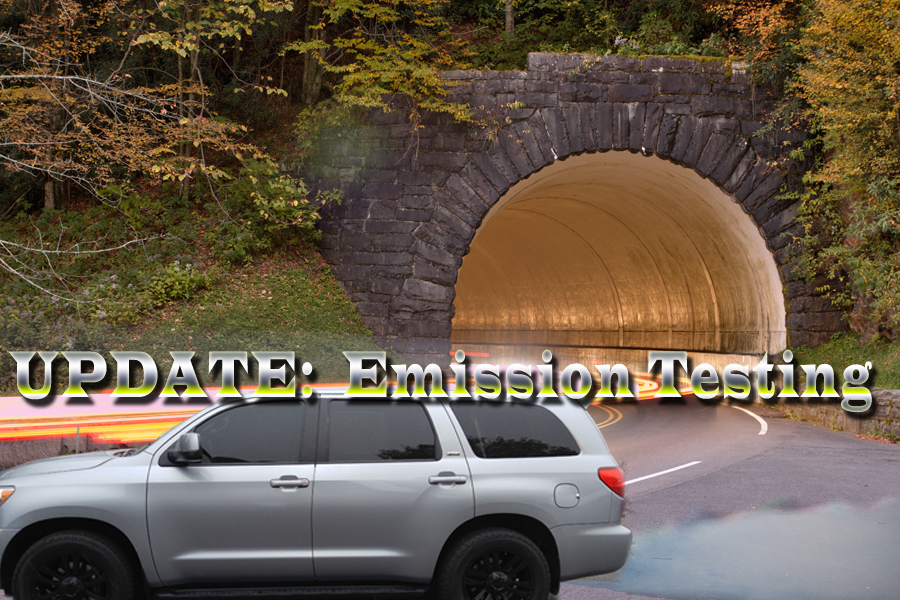 House Bill 1782 was approved by a 96-0 vote tally by House members this week -- is a permissive bill that would apply to residents of Rutherford County where emissions testing is still required prior to vehicle registration or renewal.

The Update on Emission Testing:

Tennessee is inching closer and closer to doing away with the Auto Emission Testing program.

Earlier this week, WGNS told you about the House Bill that passed which would allow for counties to do away with the emission testing program. Under the bill, Rutherford County would be barred from signing a new contract with anyone or any governmental department to test vehicles for maintenance issues or requirements under clean air standards.

In the past, the 1990 Federal Clean Air Act required the state to develop more restrictive regulations to control air pollution from mobile sources in counties which were not meeting the Federal Standards for air quality.

Currently, testing is done on vehicles with a model year of 1975 and newer if they are powered by a gasoline or diesel engine and weigh up to 10,500 lbs. Over 1.5 million vehicles went through emissions testing in Tennessee last year in the six counties where it is required.

The idea for House Bill 1782 came following a report from the Tennessee Department of Environment & Conservation (TDEC) released last August revealing that all 95 Tennessee counties met federal air quality health standards; after this report was issued, it became clear to the Rutherford County Legislative Delegation that mandatory testing was no longer needed.

"Those who can least afford to participate in vehicle emissions testing are being unfairly penalized," added Representative Terry. "I am proud to have sponsored legislation that will enable them to save more of their hard-earned money and also maintain total air quality."

"As an entrepreneur in and around the auto industry most of my life, and as a former employee of the auto industry, I have seen first-hand the financial strain that vehicle emissions testing places on our families," said Representative Sparks. "Our state has improved our clean air and reached attainment, and I am pleased that my colleagues support House Bill 1782 because it is a solution that will create more financial flexibility for our citizens while protecting their health and preserving our environment."

"Vehicle owners in Rutherford County should not be punished as air quality standards have been met," said Representative Rudd. "Emission testing is not only time-consuming, but it has costs attached; these costs are especially hard on our working families. I am pleased that House Bill 1782 makes managing their finances a little easier."

After the bill passed the House earlier this week, it was recommended to be approved in the Senate with a few minor changes or updates, still barring counties from continuing the program. In other words, it will be up to the governor of Tennessee to sign off on.