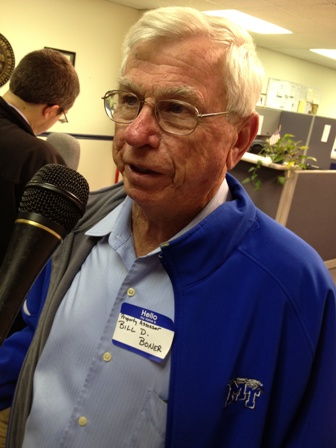 A settlement has been reached in federal complaints two women filed against former Rutherford County Property Assessor Bill Boner after he fired them four years ago. Reports indicate the settlement will cost the county up to one million dollars, according to an unnamed source who works for the Rutherford County Government.

"We just reached an agreement (Tuesday). We have not gotten a check yet," said Chattanooga attorney Scott McDearman, who represents Kathy Dumm and Janie Zumbro, former employees in the Property Assessor's Office.

The women accused Boner of trying to look down female employees' shirts, making grunting sounds toward women, commenting about "sex with farm animals and not needing a wife for sexual satisfaction."

Current Property Assessor Rob Mitchell commented that he was grateful the case is now closed...

Dumm and Zumbro were set for trial Tuesday on discrimination complaints made against Rutherford County, Boner and former assistant Ryan Duggin.

The women said Boner started engaging in inappropriate behavior after he took office in 2008. They were fired Nov. 2, 2011, about three months after they complained about Boner's behavior to the county's Human Resources Department and resisted signing his re-election petition.