UPDATE: Suspect in Officer Involved Shooting to Appear in Court 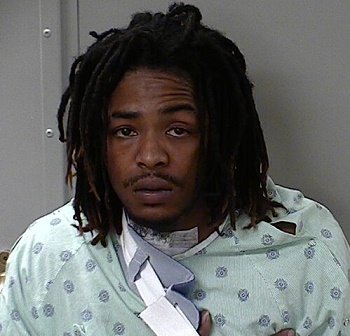 The 27-year old man who led Murfreesboro Police on a chase after a domestic violence call at Regal Inn on South Church this past March will be in court on Wednesday (April 6, 2016).

You may recall Michael Kilpatrick was shot in the process of police apprehending him. He was taken by Lifeflight Helicopter to Vanderbilt Hospital, but his injury was not life threatening.

Kilpatrick will hear the official charges against him when he appears in General Sessions Court on Wednesday. Those charges include Aggravated Domestic Assault, Aggravated Kidnapping and Preventing Another from Calling 9-1-1.

An officer involved shooting in Murfreesboro is being investigated. The incident began at 7:11 Sunday night (3/6/2016) when Murfreesboro Police officers answered a domestic violence call at the Regal Inn on South Church Street.

On arrival, officers came in contact with the suspect who was threatening his juvenile children with a firearm.

Sergeant Kyle Evans told NewsRadio WGNS, "The suspect attempted to evade officers and threatened them with his motor vehicle. Several shots were fired at the suspect. The suspect was able to flee the officers and a pursuit was initiated. The chase ended on National Drive when the suspect exited his vehicle and surrendered without incident."

When the pursuit ended, 27 year old Michael Kilpatrick indicated he had been shot. Police Officer James O'Rourke is the one who reportedly shot Kilpatrick, according to authorities. Kilpatrick was taken via LifeFlight helicopter to the Trauma Center at Vanderbilt. Officer O'Rourke was placed on routine administrative leave with pay as the case is being investigated by the TBI.

After an officer involved shooting that occurred last night, Police Officer James O'Rourke has been placed on routine administrative leave with pay for an undetermined amount of time. Officer O'Rourke's date of employment with the Murfreesboro Police Department is October 14, 2013.

The Tennessee Bureau of Investigation told WGNS on Monday morning:

At the request of 16th District Attorney General Jennings Jones, TBI Agents continue to investigate the circumstances surrounding an officer-involved shooting Sunday evening in Murfreesboro. Preliminary information indicates the incident began shortly after 7:10 when authorities received a call from the Regal Inn, where a woman alerted authorities her boyfriend, 27 year old Michael Kilpatrick (DOB 11/13/88), assaulted her and was threatening further violence against her three children (all under the age of 6), one of whom is Kilpatrick's biological child. The family lives at the hotel on South Church Street.

When officers arrived, they attempted to stop Kilpatrick, however, he attempted to strike officers with his vehicle. The situation escalated, and resulted in one Murfreesboro officer firing his weapon at Kilpatrick. The subject then fled the scene, with the children in his vehicle, and led officers on a brief pursuit through the immediate area, during which he struck five police cruisers. Kilpatrick eventually surrendered at a location near the intersection of South Church Street and National Drive. Officers discovered Kilpatrick was injured in the shooting and coordinated transport by medical helicopter to Vanderbilt University Medical Center.