UPDATE: Woman Dies In Crash After Calling Police For Help 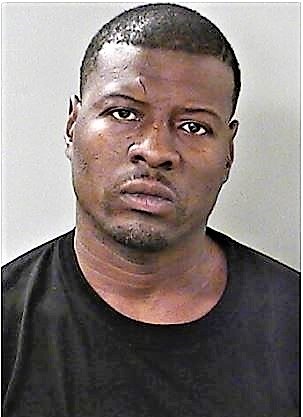 On the morning of February 24, 2019, Murfreesboro police received a call from a victim who was being assaulted in a moving car. Shortly after the call came into to dispatch, an officer spotted the car near South Rutherford Boulevard and gave chase. However, the vehicle got-a-way.

Later that same morning the driver was back on the road and wrecked into a utility pole on the Woodbury Highway. It was then realized that the woman who called for help was still in the car... deceased. The driver had reportedly fled the accident scene on foot.

40 Year old suspect Joshua Williams of Freeport, Illinois was eventually located and arrested. He will face the courts to file a plea on November 1, 2019. Williams is charged with VEHICULAR HOMICIDE, EVADING ARREST with RISK OF DEATH OR INJURY, RECKLESS ENDANGERMENT with a VEHICLE, LEAVEING the SCENE of an ACCIDENT involving a death along with the charge of DUI.

Crimes of passion are the most dangerous and unpredictable. This was proven again early Sunday morning when Murfreesboro police received a call from a victim who was being assaulted in a moving car, and her attacker would not stop the vehicle. It ended tragically.

Around 1:36 that morning (2/24/2019), an alert officer spotted the car near South Rutherford Boulevard. He was unable to catch-up with the speeding vehicle, and noticed it drove off the roadway and went behind a house near a dead-end on Woodbury Pike.\

The Murfreesboro officer exited his police cruiser and started to walk around the structure. At that time, the car sped back onto the highway and fled. The officer ran to his car and a short pursuit began. However, the fleeing vehicle was out-of-sight.

As the officer continued down the Woodbury highway, he came upon a one vehicle crash involving the car he was chasing. However, the driver had fled the scene, but more tragically--the woman who had called for help was now deceased.

The trooper said that the 2016 Nissan Sentra driven by Joshua Williams was traveling westbound on the Woodbury Pike, evading arrest from the Murfreesboro police officer. When the car approached a curve, it went straight--slamming into a utility pole, causing the Nissan to rotate and hit a second electric pole with the front passenger door, continued to rotate, coming to rest against a tree.

A second Murfreesboro resident was injured in the Sentra. He was 46-year old passenger John E. Hughes, Jr.

The driver and two passengers were all wearing safety belts.

Sheriff's Corporal Scott Martin and his K-9 were called to search for the driver. NewsRadio WGNS learned that two K-9 tracks were attempted, but neither were successful.

Suspect Joshua Williams was now wanted by the Tennessee Highway Patrol in connection with what has grown into leaving the scene of a fatal auto crash.

Around 10:00 o'clock Sunday (2/24/2019) morning, Sheriff's Sergeant Bryant Gregory was notified by a resident of the whereabouts of the Williams' suspect. It was at a house on the Old Woodbury Highway, the same one visited several hours earlier by the Murfreesboro officer.

He is being held without bond. A hearing is set April 26, 2019 in General Sessions Court.