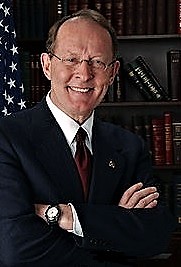 Alexander said, "The Democrat cure for climate change is so far out in left field that not many are going to take it seriously. The Democrats' Green New Deal is basically an assault on cars, cows and combustion. And with nuclear power available, its strategy for fighting climate change with windmills makes as much sense as going to war in sailboats."

"So, as one Republican, I propose this response to climate change: the United States should launch a New Manhattan Project for Clean Energy, a five year project with Ten Grand Challenges that will use American research and technology to put our country and the world firmly on a path toward cleaner, cheaper energy."

In a speech on the Senate floor yesterday, Alexander discussed his proposal, which would double federal funding for energy research and create new sources of cheap, clean energy to raise family incomes at home, strengthen our economy and show the rest of the world how to reduce carbon emissions.